Zach Hamill, the No. 8 overall pick of the 2007 draft, has been placed on waivers with the purpose of being assigned to Providence. TSN first reported the transaction.

This is Hamill’s fourth professional year, but he remains on his entry-level contract, which is good for three seasons for most junior players. Hamill is on an entry-level slide because of his late birth date (Sept. 23, 1988) and when he signed his contract (Aug. 8, 2007).

According to assistant GM Jim Benning, Hamill must clear waivers because he has played in the AHL for three full seasons. The Bruins do not expect Hamill to be claimed.

Hamill has been a major disappointment. The 23-year-old center has appeared in four NHL games, recording one assist. Hamill has yet to establish himself as a consistent AHL center. Last season, Hamill put up a 9-34—43 line in 68 games. If Hamill is not claimed, the Bruins are hoping he will develop more efficiently under first-year head coach Bruce Cassidy, formerly Rob Murray’s assistant.

* Trent Whitfield has also been placed on waivers for the purpose of being assigned. Whitfield is not expected to be claimed.

* The Bruins have 16 forwards, eight defensemen, and three goalies remaining in camp. 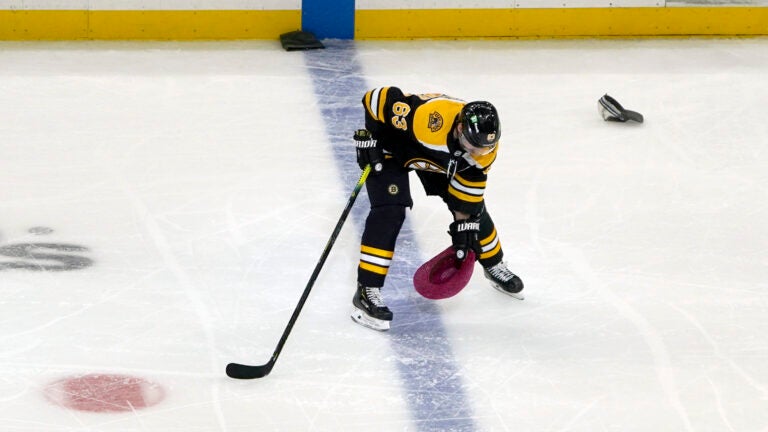