TORONTO – Good morning from the Air Canada Centre, where the Bruins will look to grab a 3-1 series lead tonight over the Maple Leafs. No lineup changes are expected for either team.

All eyes will be on linesmen Scott Cherrey and Brian Murphy. The Leafs weren’t happy about how the Bruins were cheating on the draw in Game 3. The Bruins won 60 percent of the faceoffs. Randy Carlyle didn’t think the Bruins were placing their sticks down first, as visitors must do.

Storylines: The Bruins’ depth showed in Game 3. The Bruins had offensive contributions from the third and fourth lines. Rich Peverley and Jaromir Jagr connected for the team’s second goal. Daniel Paille gave the Bruins a three-goal lead when he scored a shorthanded strike after picking Phil Kessel’s pocket. Six of Toronto’s seven goals have come off the sticks of Kessel, Joffrey Lupul, and James van Riemsdyk, who are all top-six forwards. None of the bottom-six Leafs has scored… Nathan Horton will look to extend his goal-scoring streak to four games. Horton, David Krejci, and Milan Lucic have been the Bruins’ best offensive forwards… Eric Furlatt and Francois St. Laurent will be the referees. Scott Cherrey and Brian Murphy will be the linesmen. 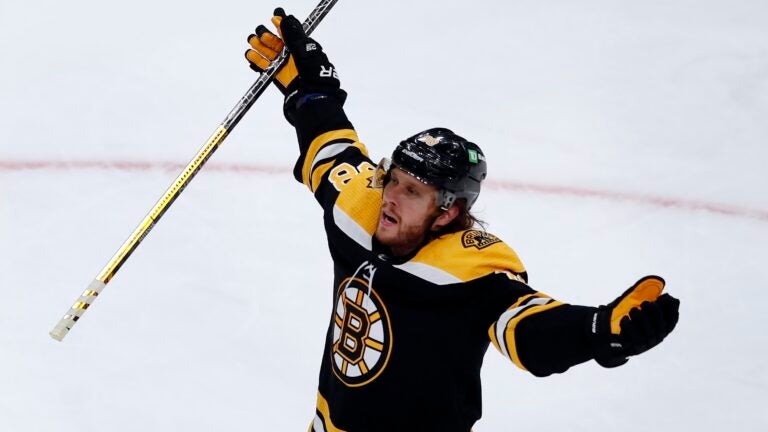