Bruins forward Gregory Campbell has a broken right leg and will miss the rest of the season, the team confirmed Thursday.

Campbell was injured in the second period of Game 3 of the Eastern Conference finals when he was hit by a slap shot by the Penguins’ Evgeni Malkin.

He remained on the ice for about 50 seconds to help kill a penalty before limping off and heading for the dressing room.

Campbell appeared in 15 playoff games and had three goals and four assists. 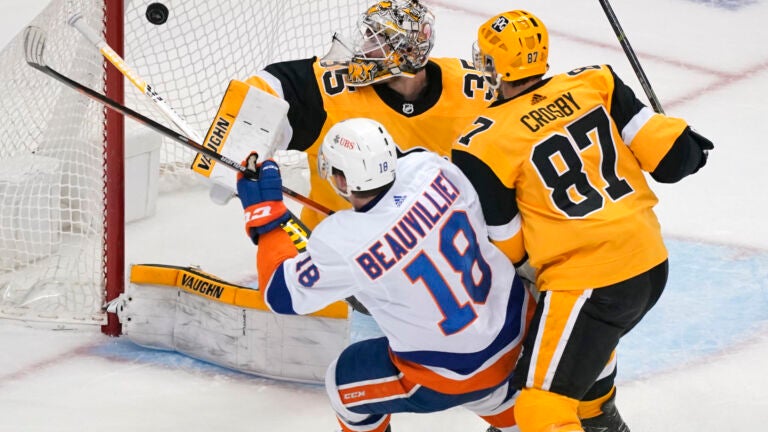 Penguins vs. Islanders: Which 2nd round matchup best suits the Bruins?