Bruins coach Claude Julien returned to practice with his team at TD Garden Tuesday afternoon and had an extra jump in his step.

After helping Team Canada to the gold medal as an assistant coach in Sochi, Russia, Julien said he came back from the experience energized and eager to resume the National Hockey League season.

The Bruins get back to work Wednesday night in Buffalo against the Sabres.

Julien didn’t get a medal for his efforts but he will be rewarded by Hockey Canada down the road in the offseason. He said it was a unique few weeks.

“I just enjoyed the experience, and it was a once-in-a-lifetime kind of thing that you wish everyone could experience at least once,’’ he said.

There’s no doubt that Canada’s squad was teeming with talent.

“We had two days of practice as a group,’’ said Julien. “Kind of the theme is the team keeps getting better and better every game we play and that’s basically what happened to us. We had a great buy-in from the guys and you look around and you look at the pool of talent that is out there – all great attitudes, everybody got along well.

“Team chemistry was great right from the get-go. It was a lot of fun.’’

There was no sign of forwards Patrice Bergeron and Loui Eriksson or goaltender Tuukka Rask at practice.

But Bergeron, who won a gold medal with Team Canada in Sochi, and Eriksson, who won silver with Team Sweden, were scheduled to join the Bruins in time for their flight to Buffalo in the afternoon and are expected to play against the Sabres.

Rask, who won bronze with Team Finland, will not make the trip. He was scheduled to do an off-ice workout Wednesday and then resume practice with the Bruins at Ristuccia Arena Thursday.

“We’re going to use [Chad] Johnson [against the Sabres] and [Niklas] Svedberg will back him up so we left Tuukka behind,’’ said Julien. 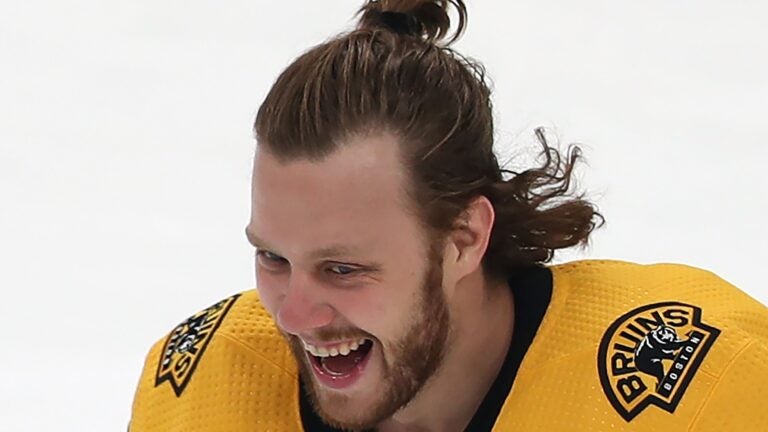