MONTREAL — Maybe all the Bruins should take the option on the morning skate.

Bruins center Carl Soderberg, who took the a.m. skate off, was by far the best player on the ice for Boston in the penalty-free, scoreless first period.

The Bruins started out much sharper in Game 4, getting the first four shots on net until the Canadiens created a scoring bid with 16:41 left in the period for their first shot.

But the physical play was the story of the first period. Burly Bruins defenseman Kevan Miller throw down the chest-pounding Dale Weise and that was followed by P.K. Subban leveling Brad Marchand. The early signal was that the refs were going let the teams play.
The biggest hit of the period came with 13:20 left to play as Jarome Iginla slammed Max Pacioretty’s face into the glass. Pacioretty went down and came off the ice, but the hit was clean.
The Bruins getting more shots through and will take a 13-10 shot lead into the second period. The Bruins best chances came from the Bergeron and Soderberg lines while the first line of David Krejci, Milan Lucic, and Jarome Iginla continues to struggle.
With 11:30 to go, the Canadiens had a strong scoring bid when defenseman Josh Gorges fired a wrester from the blue line and Tomas Plekanec was in good position to knock it in but could not find the handle. Moments later Kevan Miller fired a clean shot in on Carey Price who made the save.
More physical hockey ensured when defenseman Douglas Murray slammed Shawn Thornton, sending the Bruins forward to the ice while the crowd got loud. Thornton took two hard hits in the period.
With 7:09 left Torey Krug had no one in front of him and fired a slapshot on Price, who made the glove save.
The Bruins best bids came late when Riley Smith picked up a rebound in front of Price but could not knock it home and Carl Soderberg, with 44 seconds left, fired one off on Price that went off the crossbar. Price seems to be back in the same zone he was in Tuesday night.
Michael Bournival had the Habs best scoring bid of the first when he closed in on Rask with a wrist shot.
The Canadiens blocked five shots in the first period, all from their defenseman.
A couple of big plays by the defenseman as the period came to a close, Zdeno Chara laid out to stop a Canadiens pass in front of the net and Subban came right back and laid out to stop a deep Soderberg pass into the middle. 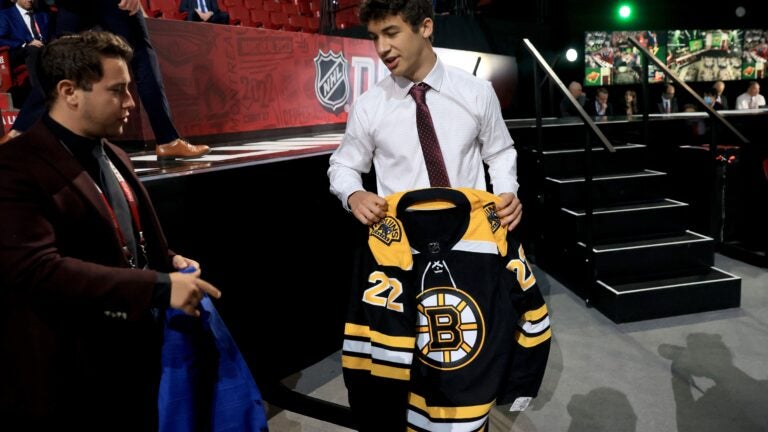