MONTREAL — After two periods you had the feeling that one goal might do it tonight at the Bell Centre as both Tuukka Rask and Carey Price were on top of their game combined with stingy defense by both the Bruins and Canadiens.

Matt Fraser, who was called up from Providence earlier in the day, scored the game-winner 1:19 into overtime to tie this best-of-seven series 2-2.

For the second time in this series and the 39 time in the Stanley Cup playoffs, the Bruins and Canadiens headed to overtime where the Habs were 23-15 before tonight’s Bruins win. The last time the B’s and Canadiens played a scoreless game through three periods in the playoffs was back in 1953, when the Habs won in Montreal, 1-0.

For the Bruins during regulation time, one puck knocked off the crossbar, another hit the post, but nothing went in the net.
The Canadiens took it to the Bruins in the third period, outshooting the B’s 14-7.
The Bruins had their second power play in the third as Alexei Emelin went to the box for boarding David Krejci. On the power play, Reilly Smith clanged one off the post on the stick side of Carey Price and the Canadiens came right back with a shorthanded bid as Brian Gionta who picked off a Bruins rush, came in with a backhand close in on Rask who covered up the puck as Gionta snuck right in there in the crease. The Bruins failed to score on the man advantage again, and they’re 0-for-8 on the power play in this series.
In the second period, P.K. Subban took down Brad Marchand for the second time in Game 4, but this time he went to the box for the holding takedown. But the Bruins fell to 0-7 on the power. Reilly Smith setting up Patrice Bergeron was the best and only real chance the B’s had with the man advantage.
Later in the period, Matt Bartkowski mixed it up with Lars Eller, and went to the box for holding, but the Bruins killed the penalty off.
The Habs had a good scoring threat in the second period when Rene Bourque skated past Johnny Boychuk on the right side to get right in front of Rask who was able to make the right pad save.
Rask also turned away Michael Bournival with the glove again and made a big stop on Brian Gionta’s mini breakaway. Max Pacioretty also had decent shot on Rask from the right wing circle.
Bruins center Carl Soderberg, who took the a.m. skate off, was the best player on the ice for Boston for most of regulation.
The Bruins started out much sharper in Game 4, getting the first four shots on net until the Canadiens created a scoring bid with 16:41 left in the period for their first shot.
But the physical play was the story of the first period. Burly Bruins defenseman Kevan Miller throw down the chest-pounding Dale Weise and that was followed by P.K. Subban leveling Brad Marchand. The early signal was that the refs were going let the teams play.
The biggest hit of the first period came with 13:20 left to play as Jarome Iginla slammed Max Pacioretty’s face into the glass. Pacioretty went down and came off the ice, but the hit was clean.
The Bruins best chances in the first period came from the Bergeron and Soderberg lines while the first line of David Krejci, Milan Lucic, and Jarome Iginla continues to struggle.
The Canadiens had a strong scoring bid when defenseman Josh Gorges fired a wrester from the blue line and Tomas Plekanec was in good position to knock it in but could not find the handle. Moments later Kevan Miller fired a clean shot in on Carey Price who made the save.
More physical hockey ensured when defenseman Douglas Murray slammed Shawn Thornton, sending the Bruins forward to the ice while the crowd got loud. Thornton took two hard hits in the period.
The Bruins best bids came late when Riley Smith picked up a rebound in front of Price but could not knock it home and Carl Soderberg, with 44 seconds left, fired one off on Price that went off the crossbar. Price seems to be back in the same zone he was in Tuesday night.
Michael Bournival had the Habs best scoring bid of the first when he closed in on Rask with a wrist shot.
A couple of big plays by the defenseman as the first period came to a close, Zdeno Chara laid out to stop a Canadiens pass in front of the net and Subban came right back and laid out to stop a deep Soderberg pass into the middle. 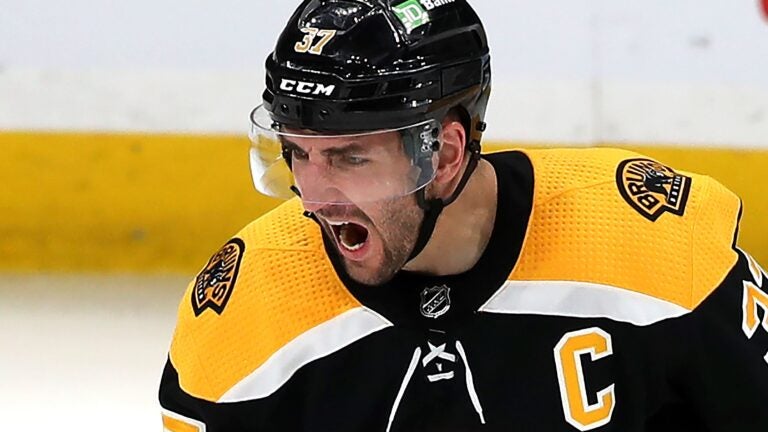