Matt Fraser was the hero for the Bruins against the Canadiens on Thursday, just as Torey Krug helped the Bruins beat back the Rangers last season. Ryan Remiorz/AP, Brian Snyder/Reuters

May 8 will likely be a day that Matt Fraser will never forget.

After the Bruins dropped Game 3 in Montreal to fall behind the Canadiens in the series 2-1, Claude Julien decided to make some roster adjustments, and one of those was to put the recently promoted Matt Fraser into the lineup for his first playoff game.

Just over three hours after puck drop, Fraser scored the only goal to win Game 4 and tie the best-of-seven second round series 2-2.

A casual onlooker would not have known that Thursday was Fraser’s first playoff game, as he played well with linemates Carl Soderberg and Loui Eriksson throughout the game.

Just as Fraser was the hero on Thursday, it was only one year ago that another call-up from Providence took a second-round matchup by storm and helped propel the Bruins past an Original Six opponent.
After the Bruins completed their epic comeback in Game 7 against the Maple Leafs, they had to prepare for the New York Rangers, and fix a hole in their defense, as Dennis Seidenberg was forced from Game 7 with an injury.
That led them to call up Torey Krug, who had played just three career NHL games, was thrust into the lineup for Game 1 against a Rangers team that had just beaten the No. 3 seed Washington Capitals.
Krug’s offensive style provided a whole new characteristic to the Bruins’ defense, and just under three minutes into the second period, with the Bruins trailing 2-1, Krug took a pass from Dougie Hamilton and blasted a shot past Henrik Lundqvist for his first career NHL goal.
Krug’s score revitalized a Bruins team that had given up a Rangers goal just 14 seconds into the period, and the Bruins would go on to win 3-2 in overtime.
The legend of Torey Krug would continue to build over the series, as Krug would score four goals and add an assist in the Bruins’ five-game win over the Rangers. He would only grab one more assist the rest of the playoffs, but came back for the Bruins this season and was key on a power play that was legitimate for the first time in years.
Fraser’s story as a member of the Bruins has only begun, but the forward made a great first playoff impression. Only time will tell whether he is ready to join the big club full-time, but the Bruins have to be happy that they have a forward with such high potential in their system. 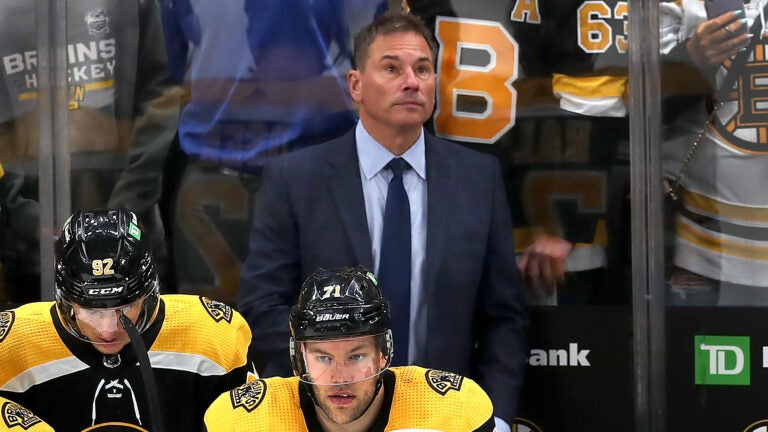