The key to the Bruins’ 1-0 overtime win over the Montreal Canadiens Thursday night? Clearly it was the frozen yogurt.

For whatever reason, Matt Fraser, a late call-up from Providence, only to score the game-winning goal 1:19 into the extra period, seemed to feel guilty about having the dessert after lunch when he got the call on Wednesday.

“I had just finished eating lunch, and I didn’t really tell anyone, but I had some frozen yogurt, so I’ve been working that off today,” he told NBC’s Pierre McGuire.

Fraser came to the Bruins last summer in the Tyler Seguin deal along with Loui Eriksson and Reilly Smith. He scored a goal for Boston in a call-up earlier this season during a 4-2 loss in Los Angeles. The Bruins announced they were recalling Fraser only Thursday morning, assigning Justin Florek to Providence.

Instead of preparing for the Baby B’s own playoffs, Fraser just evened the Bruins-Canadiens series at two in front of a sellout crowd at the Bell Center.

“Words can’t even describe it,” he said. “I said earlier today that I’ve played for the Stanley Cup thousands of times on an outdoor rink and my buddies’ outdoor rinks, but to do it in a place like this is amazing.” 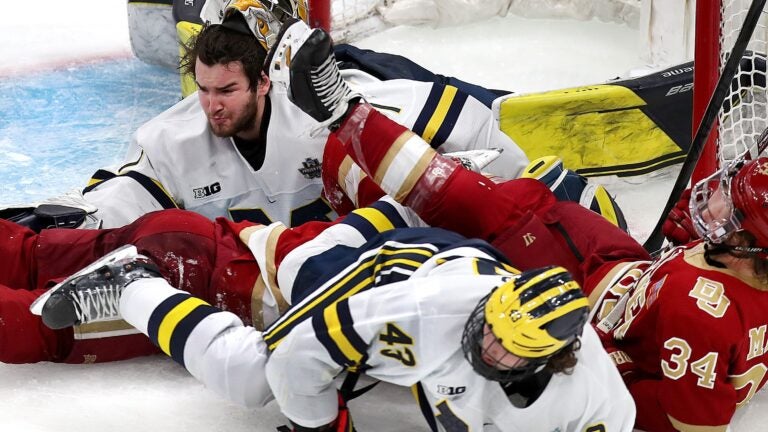 If youre not getting into the mens Frozen Four at TD Garden, well, what are you waiting for?