MONTREAL — For the second time in this series and the 39 time in the Stanley Cup playoffs, the Bruins and Canadiens are headed to overtime, where the Habs are 23-15. The last time the B’s and Canadiens played a scoreless game through three periods in the playoffs was back in 1953, when the Habs won in Montreal, 1-0.

For the Bruins in this game, one puck knocked off the crossbar, another hit the post, but nothing has gone in the net.

The Canadiens took it to the Bruins in the third, outshooting the B’s 14-7.

The Bruins had their second power play in the third period as Alexei Emelin went to the box for boarding David Krejci. On the power play, Reilly Smith clanged one off the post on the stick side of Carey Price and the Canadiens came right back with a shorthanded bid as Brian Gionta who picked off a Bruins rush, came in with a backhand close in on Rask who covered up the puck as Gionta snuck right in there in the crease. The Bruins failed to score on the man advantage again, and they’re 0-for-8 on the power play in this series.
For the game, The Canadiens now lead the Bruins in shots 33-32. The Bruins lead in hits, 40-32, and the Habs have the edge in blocked shots, 19-11. 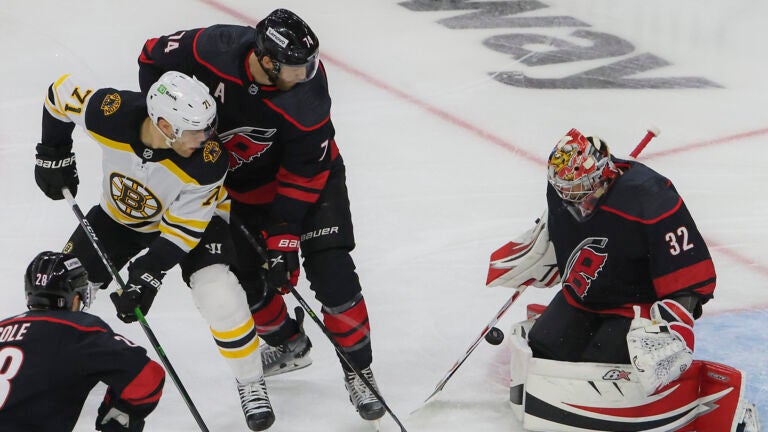