Bruins GM Peter Chiarelli announced on Sunday that defenseman David Warsofsky will miss the next 2-4 weeks with a strained groin he suffered against the Oilers last week. Fred Beckham/AP

The injuries just keep piling up on the Bruins blue line.

With defensemen Zdeno Chara, Kevan Miller, and Torey Krug already on the shelf, Bruins GM Peter Chiarelli announced on Sunday that David Warsofsky will miss 2-4 weeks with a strained groin.

Warsofsky was injured during the Bruins’ 5-2 win over the Edmonton Oilers on Thursday. He skated 19 shifts against Edmonton, totaling 15:05 in time on ice, his last shift coming with 6:46 left in the game. Of the six defensemen the Bruins dressed, only Zach Trotman spent less time on the ice.

The 24-year-old native of Marshfield was called up from Providence along with Joe Morrow on Oct. 29 after it was determined that Krug would miss 2-3 weeks with a broken finger. Warsofsky has played four games for the Bruins this year, assisting on one goal.

The Bruins acquired Warsofsky’s rights in 2010 in a trade with the St. Louis Blues, who took him with the 95th overall pick in the 2008 NHL Entry Draft.

If Krug cannot return on Monday against the New Jersey Devils, it is expected that Matt Bartkowski, who has been a healthy scratch the past four games, will get another shot to earn a spot in the Bruins lineup. 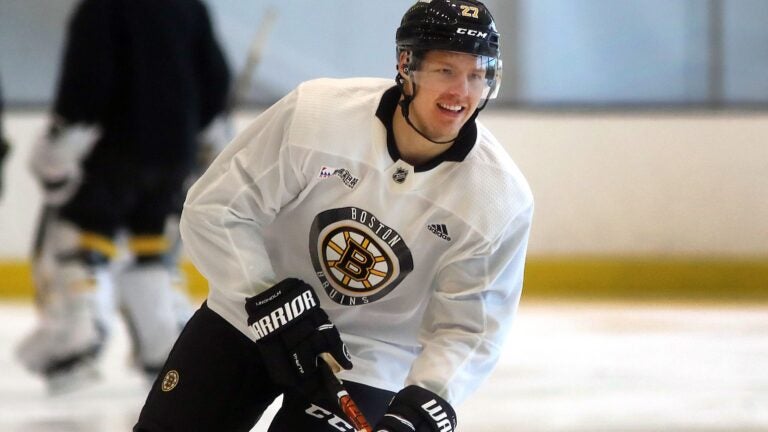