All of us sat on the edge of our seats through seven shootout rounds.

The Bruins overcame a 2-0 deficit in the third period to defeat the Blue Jackets 4-3 in a seven-round shootout. Niklas Svedberg stopped all seven shooters he faced and emergency recall Alexander Khokhlachev had the winning goal.

In the first period, the Blue Jackets struck first when Kevan Miller – in his first game back from injury – had a shot from the point blocked. He fell over in an attempt to keep the puck in the offensive zone, allowing Ryan Johansen to escape on a clean breakaway, where he beat Svedberg in a goal that Svedberg probably should have stopped.

Columbus went up 2-0 later in the first period after a series of defensive breakdowns prohibited the Bruins from clearing the zone. A shot from the point hit Nick Foligno’s body in front of Svedberg and deflected in.

The second period was scoreless, but the floodgates opened in the third period as the pace and intensity picked up, all the way through the end of the game. The scoring outburst began with Dennis Seidenberg as he scored from the neutral zone just 1:28 into the period.

Matt Fraser tied the game when he deflected a Matt Bartkowski shot at 9:33 of the third period.

The lead did not last long, as just over a minute later, Jack Johnson tied the game 3-3.

In the final two minutes, the Bruins gave up a few strong scoring chances to Columbus, but Svedberg bailed them out. He made several huge saves in the third period, making it hard to choose which ones to include in this recap. He undoubtedly got stronger as the game went on, bailing the Bruins out many times.

Overtime was thrilling and the Bruins dominated, but were unable to beat Bobrovsky. The game then went to a shootout. Seven Blue Jackets’ shooters were stopped, while six Bruins were stopped until the bottom of the seventh round. Khokhlachev, in his second career NHL game, came through as the hero with an excellent goal. The type of skills he showed on the goal exemplifed what a great player he is, despite not playing the second half of the third period or at all in overtime.

Virtually all seven of Svedberg’s shootout saves were fantastic, but the second and seventh were the best ones. 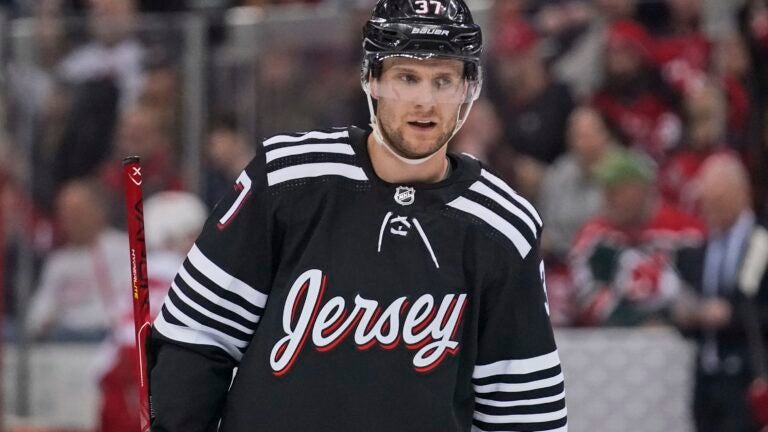