Team Sweden won for the second time in as many games during the preliminary round of the 2015 IIHF World Championships in Prague, Czech Republic on Sunday afternoon — or really early Sunday morning on the East Coast of North America. Bruins forward Loui Eriksson is representing Sweden once again at international competition (he won a silver medal with the Swedes at the 2014 Sochi Olympics) and he recorded his first points of the tournament in Sunday’s win over Team Austria.

Eriksson had two points in the 6-1 win, his first coming as an assist on Sweden’s third goal, scored by Anton Lander, that put the team up 3-0 late in the first period. Lander, who plays for the Edmonton Oilers, acknowledged Eriksson’s excellent set up on the goal celebration.

Eriksson also had other chances, including a set up that was reminiscent of Bruins back-door power play moves. 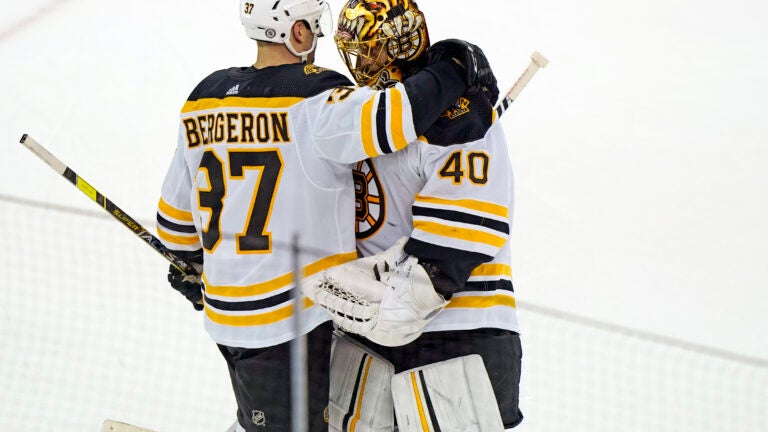 'Our expectations are obviously higher': Bruins clinch playoff berth with win over Devils