For at least 10 years, New England Revolution owner Robert Kraft has sought a soccer stadium in or near Boston, along public transportation.

As Major League Soccer teams have moved in to 20,000-to-30,000-seat stadiums, the Revolution still play in 67,000-seat Gillette Stadium out in Foxborough, which is also home to Kraft’s New England Patriots. Gillette’s size means that even when the Revs draw a strong (for MLS) crowd, the team is still playing in a half-empty stadium. And its distance from the city means getting to the game is a hassle for the city-dwelling immigrants and millennials that MLS has targeted as key markets.

Several sites have been floated as potential Revolution landing spots since 2006, to no avail. Here they are, from newest to oldest:

Kraft has been speaking with UMass officials to put the stadium on the Expo Center site, which UMass bought in 2010. It’s not clear how advanced the discussions are; UMass declined to provide internal and external communication records about a stadium deal earlier this month in response to a Boston.com public information request, citing exemptions in the state public records law. According to the Globe, a deal would probably see Kraft lease the land from UMass and build the stadium himself. The site would put the stadium near the Red Line, commuter rail, and I-93 (not to mention, within walking distance of the Banshee, among the region’s top soccer bars). It would also be near the legendarily befuddling Kosciuszko traffic circle, and several Dorchester elected officials have already voiced concerns about stadium traffic to The Dorchester Reporter, while also decrying the lack of public input into a plan for the site so far.

Months after Kraft’s friend, Boston Mayor Marty Walsh, expressed interest in bringing a soccer stadium to Boston, reports surfaced about a possible site on the South End-South Boston border. The city-owned land is currently used as a yard for towed cars, and sits next to Widett Circle. That made for a strange dynamic throughout the doomed Boston Olympic bid, which would have put a temporary Olympic stadium at Widett Circle. While Olympic planners at one point considered tying the two potential planned stadium projects together, they and Kraft were operating separately from one another. Kraft representatives met multiple times with city and state officials about the site, and hired Goldman Sachs to propose possible stadium financing options to the city. But as of this spring, Walsh’s administration suggested the discussions about the site had dried up.

Then-Revere Mayor Dan Rizzo was enthusiastic about bringing the Revs to his city. At one point, the idea of a Revs home in Revere hinged on whether or not the city wound up hosting a casino: Revere hoped to acquire the Wonderland Greyhound Park from the owners of Suffolk Downs, which would have hosted a Mohegan Sun casino a mile down Route 1A, as part of a host community agreement. The stadium would have been built on the shuttered dog track. The idea fizzled — the city’s casino agreement did not include the Wonderland transfer and by the summer of 2014, Rizzo said stadium discussions had been stalled for a year. (The casino proposal wound up losing to a competing plan from Wynn Resorts in Everett, anyway, and Rizzo lost his reelection bid in 2015.)

Somerville popped up as a suitor around the same time as Revere, with discussions focusing on Assembly Square, which was at the time just months into its first phase of construction. The area has since grown up: Of the two parcels in Assembly that made sense at the time for a stadium, one is now covered with Partners HealthCare’s new office building and the other has been pitched as a site for dense, mixed-use development. And in 2014, Somerville Mayor Joe Curtatone, like Rizzo, said he hadn’t spoken with the Krafts for about a year. Assembly Square was not the first Somerville location to receive stadium consideration: In 2007 and 2008, discussions focused on the Inner Belt/Brickbottom area before being shut down during the Great Recession.

Roxbury’s Parcel 3, across the street from Boston Police Headquarters and right off the Orange Line, caught city and Revolution officials’ interest early on in the stadium quest. As MLS began to campaign for smaller urban stadiums for its teams, then-Boston Mayor Tom Menino wrote to MLS saying he would like for the city to showcase the team. Menino — who famously clashed with Kraft during Kraft’s 1990s effort to bring a Patriots stadium to South Boston — planned to form a task force to look into the idea. However, according to a Boston Globe editorial published in 2007, no members were ever appointed and no feasibility studies were ever completed before the stadium idea quietly died on the vine — for the first time. 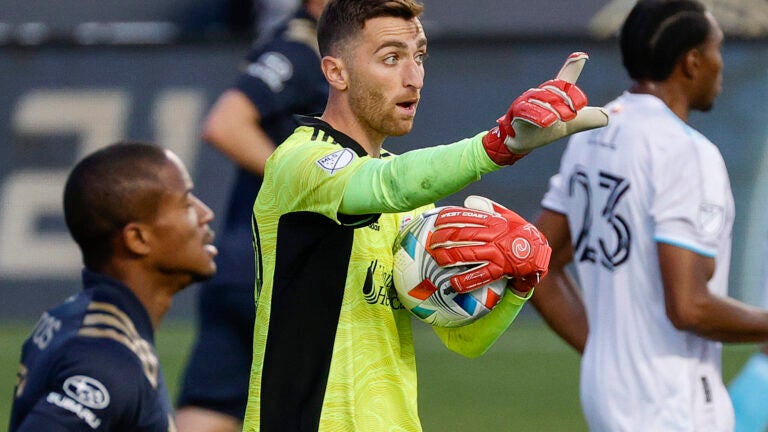