HARTFORD, Conn. (AP) — The Department of Consumer Protection has approved the state licenses Foxwoods Resort Casino and Mohegan Sun need to launch sports betting on the tribal reservations, while the Connecticut Lottery Corporation says it’s aiming to roll out the first phase of retail and online sports betting during the first week of October.

The Mashantucket Pequot Tribal Nation and its partner DraftKings Inc. on Wednesday announced retail sports betting will begin on Thursday at Foxwoods. Players can place bets at the temporary DraftKings Sportsbook at Foxwoods and betting kiosks in the casino. A message was left seeking comment with Mohegan Sun officials regarding their plans.

The state Department of Consumer Protection approved the “master gaming licenses” and other licenses needed for on-reservation sports betting on Tuesday for the two tribal casinos in southeastern Connecticut. It comes a day after a recent decision from the U.S. Department of Interior, which approved an amended agreement between the state and the two tribes that allows legalized sports wagering, online gambling and other new forms of betting, was published in the Federal Register.

Kaitlyn Krasselt, a spokesperson for the agency, said DCP expects “on-reservation” sports betting could happen as soon as Thursday, but that will be determined by the tribes. While the agency also approved the “master gaming licenses” for the lottery and its partner Rush Street Interactive, Krasselt said DCP is still “waiting on some documents” before all of its necessary licenses can be finalized and a soft launch can be scheduled.

All three entities — the two tribes and the Connecticut Lottery Corporation — have been working to get their necessary approvals in time for the beginning of the NFL season.

The quasi-public lottery, which is authorized for up to 15 sports betting retail locations, has partnered with Sportech, the state’s off-tracking betting operator, to run 10 of those sites. The first three Sportech locations in Stamford, Windsor Locks and New Haven are expected to roll out sports betting kiosks in the first week of October, with the other seven Sportech locations rolling out through the remainder of October. 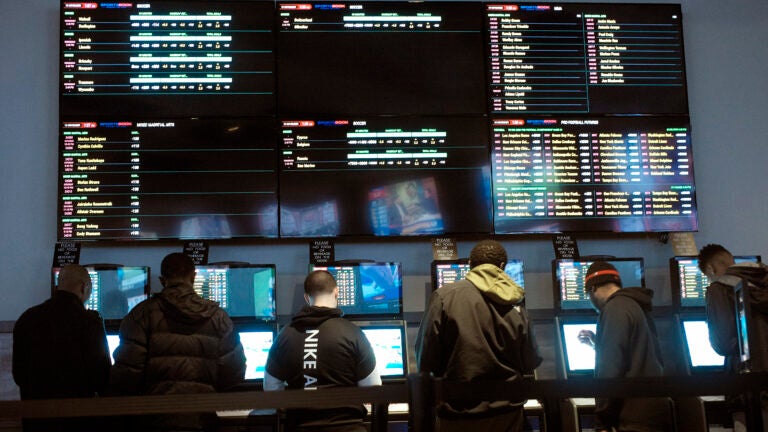