For the Celtics, the emotional high point of the first half may have come with 5:40 left in the first quarter when Paul Pierce exhorted his teammates to play with better focus and more intensity during a timeout. But the only emotion shown in the second quarter was frustration as Boston fell behind.

The Celtics stumbled in the second quarter, shooting 29 percent. Pierce struggled the most, going 1 for 3 from the floor. And there was nothing Boston could be proud of defensively as Toronto shot 61 percent in the first half, even with Celtic-killer Morris Peterson out because of an elbow injury. Boston entered halftime trailing, 58-51. 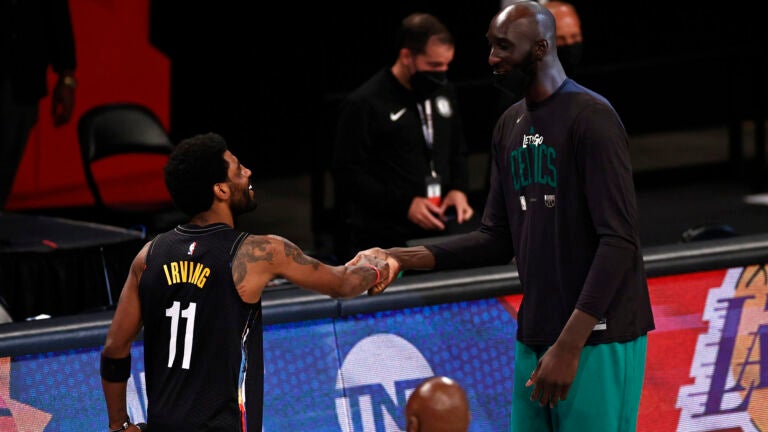 Kyrie Irving has 'nothing but respect' for Celtics players, coaches