Tony Allen will miss the rest of the season after tearing his left anterior cruciate ligament and his medial collateral ligament.

The third-year shooting guard suffered the injury during last night’s 97-84 loss to the Indiana Pacers.

The bad news officially came today after doctors reviewed the results of an MRI taken at New England Baptist Hospital after the game.

Though many who saw Allen land awkwardly falling after a dunk during a third quarter stoppage in play suspected he tore his ACL.

Allen could undergo surgery as early as this weekend. It will take at least six months for Allen to recover from the injury.

Though Doc Rivers said, “It will be probably longer.”

“I told the players that last night was the first time in my career it was tough for me to think after that injury because these players turn into your kids,” said Rivers. “You see a guy who has turned his life around, who has rehabilitated his body, who was starting to believe that he belonged in the league and he could be a great player.”

“Then that injury happened and now he has to start all the way back over. That was a tough one. That was an emotional hit to our team like there’s never been because he is a big spirit for our team. He’s our emotional leader. He’s our defensive captain. We lost a lot when he went down.”

The news was considerably better for Brian Scalabrine, who also underwent an MRI at New England Baptist Hospital last night too for a knee injury. He sprained his right knee and has a bruised right meniscus.

He will be re-evaluated in a week at which point team officials will be better able to determine when he can return. 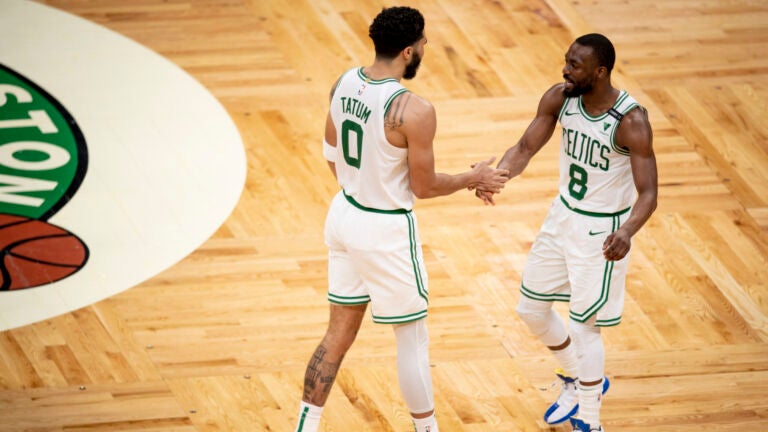