Brandon Roy is a rising star in this league. He had 22 points and 6 assists tonight against the Celtics, but he admitted that the NBA’s youngest team was a little intimidated coming into the Garden tonight.

“I think we came in tonight wanting to play well against them; I don’t think we believed that we could beat them,” said Roy. “We’ve been playing to win lately, but tonight I think we just came in to give them a good game. The next time we play them we have to believe that we can actually beat them.”

Kevin Garnett heaped praise on Roy after the game.

“The young fella is real talented, man,” said Garnett. “He knows how to use his body. He plays really well without the ball.”

Portland’s Martell Webster also admitted being impressed by the Celtics.

“They challenged every pass and every shot, and that shows you right there what that team is about and what we have to do to prepare ourselves the next time we meet,” he said. 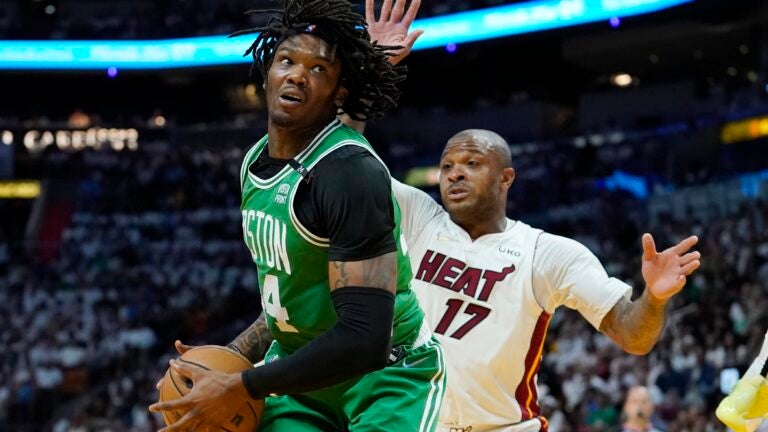