Wondering why all the Celtics-Lakers games for the Finals are scheduled for a 9:07 p.m. tip off?

NBA commissioner David Stern addressed the late starts on the East Coast in a Q&A session with sports radio WEEI’s Dennis and Callahan this morning, arguing that the starts were that late in order to get more people to tune in nationwide.

“The ad rates only go up if the ratings go up,” Stern said when pressed if ad dollars were a driving factor behind the late tip-offs. “The ratings only go up if there are more people watching and so NFL’s Monday Night Football, they moved it to 8 p.m. starts and fewer people watched. So they moved it to 9 because that’s where they were going to get the largest audience.”

Stern was then asked why the Super Bowl was scheduled for a 6:30 p.m. start if the numbers showed more people tuned into NBA Finals games at the later hour.

“I don’t know,” Stern replied after a pause. “I don’t know why. I don’t know why … we have had three networks, CBS, ABC, and NBC who have told us that despite the maniacal rantings of East Coast radio, that we would get the largest aggregation of our fans if we do it as close to 9 p.m. as possible.”

Stern also responded the specific concern that young kids won’t be able to watch the Finals with all the games potentially ending after midnight in Boston.

“Actually, when you ask kids about their fandom, the NBA is generating as many if not more fans among youths than any other sport, that’s the reality,” said Stern. “They’re not watching TV in a significant way either, they’re absorbing us in other ways. I can’t even explain it because I don’t live it, but we’re doing great amongst those kids…”

What about the games on Sunday (Games 2 and 5 are scheduled for Sundays)? Did Stern consider starting those games earlier?

“Our network partners in that case [earlier starting times for the two Sunday games] tell us that there will be much lower accumulation of audience at that time… those kids (know how to operate) at TIVO, so they’ll get a chance to look at it when they get up.”

Listen to the complete interview with Stern on WEEI here.

Have an opinion about the late starting times of the games? Sound off in our comments forum. 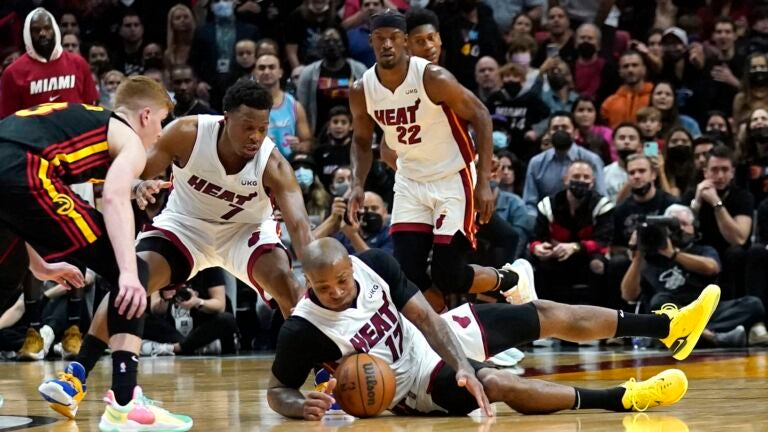 Heat’s Kyle Lowry and P.J. Tucker intend to play in Game 3 vs. Celtics