The Globe’s Marc J. Spears writes today that, in a move that shouldn’t come as a surprise, James Posey will opt out of the second and final year of his contract with the Celtics.

The move will make Posey an unrestricted free agent, but both the Celtics and Posey have expressed an interest in reuniting during the offseason.

From Spears: Celtics forward James Posey’s agent, Mark Bartelstein, said his client will opt out of the second and final year of his contract today. The move will make the versatile Posey an unrestricted free agent, but Bartelstein has also said his client wants to return to Boston. When asked about whether Posey, who averaged 7.4 points per game this season, will be re-signed, Celtics general manager Danny Ainge said Saturday: “I’d hate to say whether or not we will be able to. We’ll see what happens.” Free agency begins tomorrow.

ESPN’s Chad Ford ranks the best available free agents and has Posey at No. 7 among this year’s crop of unrestricted free agents. Ford writes: “Posey helped himself with a strong performance against the Lakers in the Finals. He’s another player who should get a three- to four-year midlevel deal somewhere.”

Early offseason rumblings have the Lakers and Hornets among potential suitors for Posey’s services. New Orleans freed up some space when it traded its No. 27 pick in the 2008 NBA Draft to Portland in exchange for $3 million cash.

From the Associated Press:

James Posey recently earned a championship ring with the Boston Celtics. Corey Maggette has indicated he’s ready to leave the Los Angeles Clippers to get one.

Either one could help the rising young Hornets contend for an NBA title, so long as New Orleans can afford what those players are asking in free agency.

The Hornets’ draft-night maneuvering should help with that.

After falling one victory shy of advancing to the Western Conference finals, the New Orleans Hornets began working out prospective draftees – more than 40 in fact. It soon became clear to general manager Jeff Bower and head coach Byron Scott that what the Hornets really needed to contend for a championship was not an untested rookie but a proven player.

“When we looked at the 27th pick and all the guys we brought in, we tried to look at those guys objectively and think if any of those guys could help us next year, immediately,” Scott said. “It was our opinion there really wasn’t anybody there that could help us. If we could trade the pick, sell the pick, whatever the case may be, the bigger picture is trying to get a veteran guy who can come in here and help us right away.”

To make a run at some of the better players in free agency, which begins July 1, the Hornets needed as much financial flexibility as possible. Hence the decision, made official during Thursday night’s NBA draft, to trade their only draft choice, the 27th overall, to the Portland Trail Blazers for about $3 million cash. 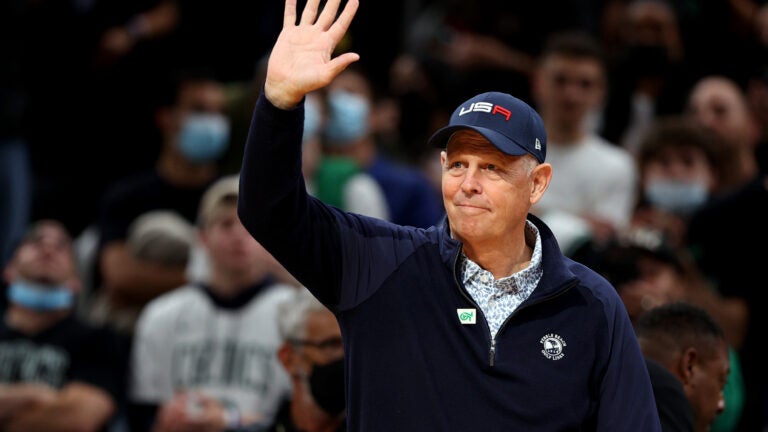 Despite natural fit, Blazers reportedly have not reached out to Danny Ainge about GM position