The Durantula: He’s not Michael-bleeping-Jordan, but the NBA’s scoring leader is pretty fun to watch. A 6-foot-10-inch shooting guard? Sure, I’ll tune in. In the post-LeBron era of self worship, Durant is a breath of fresh air. He gets it, more than any other star has seemed to in a long time. Durant had 34 points in a loss to the Celtics on Nov. 7. The C’s don’t have a player who matches up well with Durant (who does?), but their team defense will make Durant work as hard as he has to against anyone. Durant is a game-time decision tonight with a twisted left ankle.

Department of Homeland Defense: The Celtics are 5-0 at home this season. Paul Pierce said after Wednesday’s game that the Celtics have made it their mission to establish TD Garden as a place other teams don’t want to come to. The Celtics were just 24-17 at home last season, the biggest reason they lost out on homecourt advantage in the playoffs.

Second chance: This is the second game for Delonte West and the second chance for the unit of West, Nate Robinson, Marquis Daniels, Glen Davis, and Semih Erden to show what they can do. 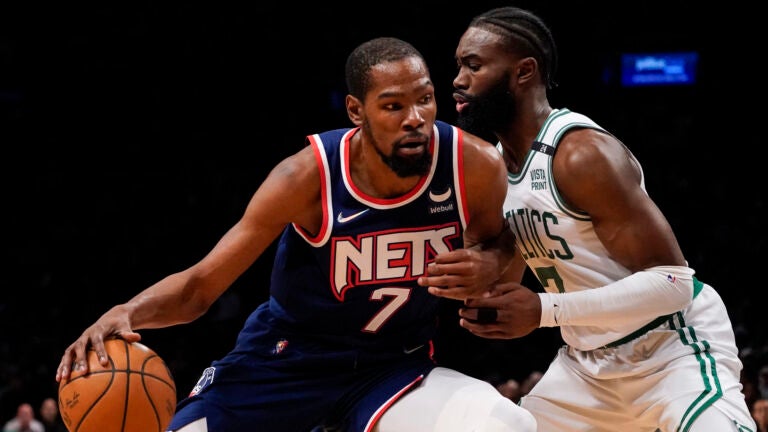