The Celtics and Rockets are “close” to a trade that would send disgruntled center Omer Asik to Boston for forward Brandon Bass, swingman Courtney Lee and a first-round pick, according to an NBA source.

The two sides are haggling over which first-round pick the Celtics would relinquish. Boston has nine first-round picks over the next five drafts but would rather not give up one of its two picks in the 2014 draft. The Celtics would much rather give Houston their No. 1 pick from the Los Angeles Clippers in 2015, which is expected to be in the lower first round.

Asik has been unhappy in Houston since the club acquired Dwight Howard in the summer. General manager Daryl Morey envisioned the duo playing together, but Asik never warmed to the idea and demanded a trade. Morey has apparently set a Thursday deadline for the deal and the Celtics, seeking their first legitimate center in his prime since Kendrick Perkins left, showed interest.

Lee played two seasons for the Rockets before being traded to the Celtics for JaJuan Johnson, E’Twaun Moore and Sean Williams in July 2012.

“It’s very easy; I became a pro at (blocking out rumors),” Lee told reporters before the Celtics game with the Detroit Pistons. “You get used to it after a while. You go do your job. It’s part of being a professional. You get paid to play basketball, so I just have to make sure I show up and have that same mentality, whether I’m here or somewhere else.
If it happens, this would be a new experience for me, man. See how that goes.”

Asik, 27, is in his fourth NBA season, having played his first two seasons with the Chicago Bulls before signing a three-year deal with the Houston Rockets. Asik experienced a breakout season in 2012-13 averaging 10.1 points and 11.7 rebounds, starting all 82 games. But when the Rockets had a chance to sign Howard in the offseason, Asik’s role became blurry.

He has played in just 17 games this season, averaging 4.4 points and 6.8 rebounds. 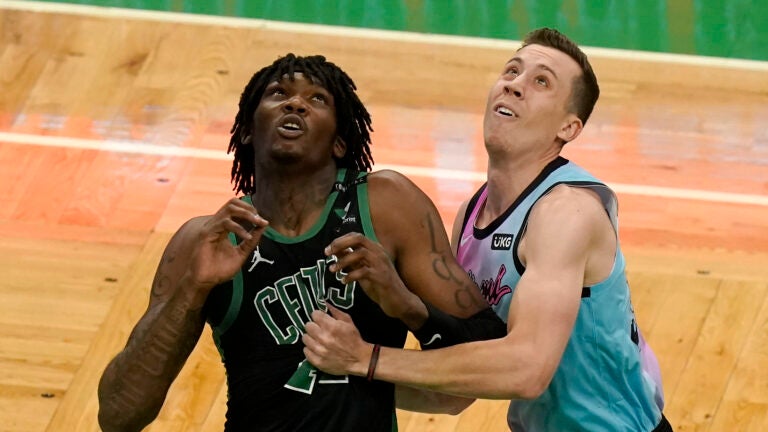