OKLAHOMA CITY – The Celtics reached an agreement that will send Courtney Lee to Memphis in exchange for Grizzlies guard Jerryd Bayless, a league source confirmed to the Globe Sunday.

The deal will give the Celtics a young, athletic perimeter player who has torched them in the past while, more importantly, giving the team more financial flexibility, which the organization greatly covets in this new era of rebuilding.

A potential trade announcement was expected to come as early as Monday.

Lee, who was traded to the Celtics in 2012, posted a photo on his personal Instagram account and it included, in the caption, a message for Celtics fans.

“Would like to thank every1 in the Celtics organization for the opportunity to be a Celtic,” Lee wrote. “I enjoyed my time in Boston and am grateful…Would also like to thank the fans for the amazing year and a half journey. We started off a little rocky, but I got my game back right so thanks for the extra motivation #allgoodthingscometoanend!!!”

Bayless, who’s averaging 8 points and 2.0 assists over 20.8 minutes per game, has a $3.1-million contract that will expire after this season.

And by dealing Lee, the Celtics will shed salary, clearing the nearly $11 million that is left on his contract, which has two seasons left after this one.

The NBA’s luxury-tax line this season is $71.748 million, and the Celtics, with 14 signed players, are just under it, paying out roughly $71.2 million in salaries.

If this deal goes through as expected, the Celtics will move even further under the tax line.

Lee, who was averaging 7.4 points per game over 16.8 minutes per game this season, was not in uniform nor was he on the bench when the Celtics faced the Oklahoma City Thunder here Sunday.

When asked before the game about Lee, Celtics coach Brad Stevens said, “(He) probably won’t play, but that’s as far as I’ll go on that one.”

The Grizzlies can use a trade exception that they gained by recently dealing Rudy Gay to help absorb Lee’s contract, making it a player-for-player swap.

Bayless has been a thorn in the Celtics’ side before.

The 25-year-old former Arizona standout scored 15 points, all in the fourth quarter, of his team’s 95-88 win over the Celtics on Nov. 4 in Memphis.

Bayless scored a season-high 22 points against the Celtics later that month when the teams met in Boston. The Grizzlies won that game, 100-93.

For Lee, the potential deal could mean that he’ll be playing for his fifth team since being drafted by Orlando in 2008.

The former Western Kentucky star was dealt to the Nets in 2009 and then to Houston in 2010.

In 2012, as part of a three-team trade, Lee was shipped to Boston, and he struggled in his first season as a Celtic, eventually losing his place in the starting lineup. 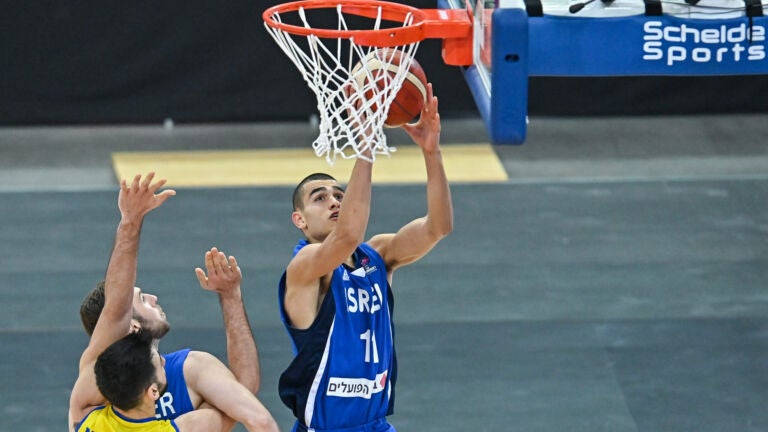