OAKLAND, Calif. — The Celtics continue their West Coast road swing tonight in Oakland, where they face one of the league’s hottest teams in the Warriors, who had their 10-game win streak snapped Wednesday by the Brooklyn Nets. Boston played better than it had in recent games on Wednesday against the Los Angeles Clippers, but it still resulted in a 111-105 loss, the Celtics’ ninth defeat in the past 10 games and sixth in a row.

Kris Humphries will remain in the starting lineup, replacing the struggling Jared Sullinger. Humphries has been battling a sprained ankle but said he came out of Wednesday’s battle with Blake Griffin with no further discomfort.

• Rajon Rondo indicated Friday morning that he will return before the All-Star Break but he denied a report that he is set to return Friday against the Los Angeles Lakers.

• Sullinger is averaging 8.6 points and shooting 29.6 percent in the past five games and has been nursing a sore left hand for the past six weeks.

• The Celtics will take on the Portland Trail Blazers on Saturday, the final game of their five-game road trip. They return home for a three-game homestand against Houston, Toronto and the Los Angeles Lakers. 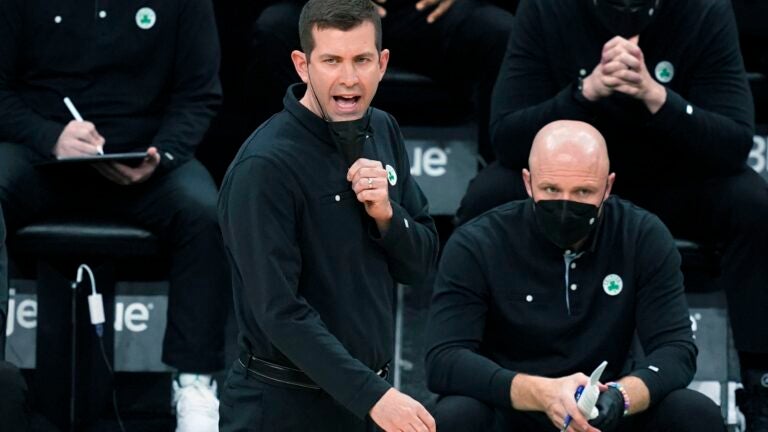