The Celtics, losers of nine in a row, suffered two more losses when Jordan Crawford and MarShon Brooks went to Golden State in a three-team trade that brought Joel Anthony and draft picks to Boston.

They look to put the hubbub aside when they host Atlantic Division-leading Toronto. The Raptors are 12-4 since shipping Rudy Gay to Sacramento for the foursome of John Salmons, Patrick Patterson, Greivis Vasquez and Chuck Hayes. They just finished a 3-0 homestand.

• Rajon Rondo dressed for the game but is not expected to play. “It would be more about getting in that rhythm, pregame activity a little bit,” said coach Brad Stevens. The coach said he had not talked with Rondo since his workout with the D-League Maine Red Claws earlier Wednesday.

• Pressey is getting the nod at point guard for his first NBA start. This, Stevens said, will allow the other starters to stay in their positions when Rondo returns. That is widely expected to be Friday, but the Celtics have yet to confirm that.

• Joel Anthony had not arrived in Boston before the game, and Stevens didn’t know when to expect him. But he is looking forward to their first meeting. “I don’t know him personally,” Stevens said. “I’ve seen him play since he was high school-aged. And obviously he’s got great strengths, specifically as a defender.”

Added Jared Sullinger: “He helped the Heat in the championship runs, and hopefully he can bring some of the winning that was spread through that organization, bring some of that over here.”

• Having to say so long to Crawford and Brooks hadn’t fully set in for the players, but they were understanding of the move. 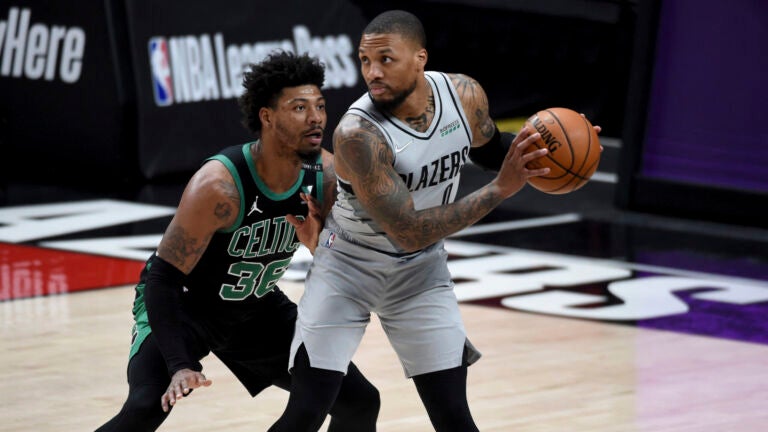