Well the day is finally here, the return of Paul Pierce and Kevin Garnett to TD Garden for the first time since the blockbuster trade between the Celtics and Nets in June. It will be an emotional night for both players. Pierce arrived early, dressed quickly and did an interview with ESPN and shook hands with several Celtics employees. Garnett arrived on the Nets’ second bus and walked quickly into the locker room. Neither addressed the media before the game.

The Celtics will be shorthanded again with Avery Bradley and Jerryd Bayless unable to play. Coach Brad Stevens said Bayless is closer to coming back but Bradley, who was walking without a significant limp, appears to be making progress from his sprained ankle.

• Paul Pierce said the Celtics should build around Rajon Rondo and he should be the center of the franchise going forward. Rondo said he keeps in touch with Pierce and Garnett on occasion but will treat tonight as if it were a normal game.

• Bayless will miss his fourth consecutive game with a sprained left big toe and the Celtics desperately need his scoring off the bench. He was on the court taking jumpers and could make his return Tuesday against the New York Knicks.

• The Nets current starting five is 7-0 this season and they have won nine of 10 games since bottoming out with a 10-21 record. Garnett ranks first in the NBA in defensive rebounding percentage.

• Vitor Faverani finished with 13 points and seven rebounds in NBADL Maine’s 115-104 win over Ft. Wayne. Faverani said he enjoyed the experience with Maine and would go back again if asked.

• The Celtics are expected to practice Monday before flying to New York in preparation for Tuesday’s game against the New York Knicks. The Celtics will return home to play the Philadelphia 76ers Wednesday before three days off. 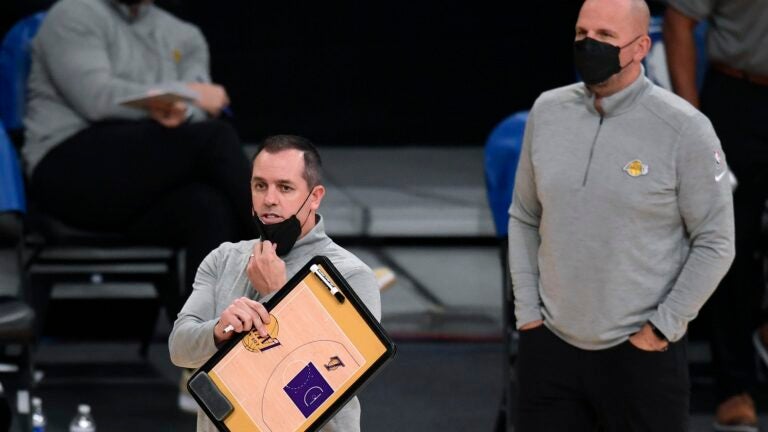