The Celtics return home after being embarrassed on Tuesday, 114-88, to the New York Knicks, facing a team with a similar goal, to land a premium pick in the 2014 NBA Draft. The 76ers are percentage points behind the Celtics in the standings and have been playing with a painfully young roster that includes Rookie of the Year candidate Michael Carter-Williams, who is a native of Hamilton, Mass.

As for the Celtics, Rajon Rondo will not play tonight because it’s the second game of a back-to-back set. He is expected to play Sunday against the Orlando Magic.

The Sixers also feature Evan Turner, who is enjoying a career season and is a restricted free agent at season’s end. He has historically fared well against the Celtics.

• While Rondo is out, Celtics coach Brad Stevens had some good news: Avery Bradley is recovering quicker than expected from his sprained right ankle and he could play Sunday against the Orlando Magic. Bradley was expected to miss a “couple of weeks” when he sustained the injury on Jan. 21 at Miami but he has been walking without a boot and working out before games.

• It’s a homecoming for Philadelphia coach Brett Brown who played at Boston University and is from Portland, Maine. Brown said he jogged the river near BU and see the campus brought back memories.

• First-round pick Nerlens Noel is still recovering from a torn left anterior cruciate ligament but was working out before the game. The Everett native is expected to miss the season.

• The Celtics get the next three days off before facing the Orlando Magic on Super Sunday. 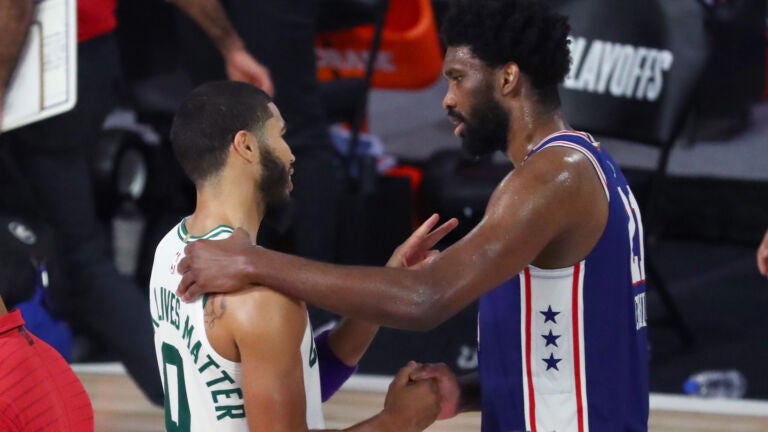 Stephen A. Smith says 76ers 'are winning it all' if they drafted Jayson Tatum