SALT LAKE CITY — The Celtics finish their West Coast road trip with one last chance to eke out a win against a Jazz team that is headed for another NBA Draft Lottery. The Celtics dropped a tough 105-98 decision to the Sacramento Kings on Saturday, a game which coach Brad Stevens and forward Gerald Wallace was ejected by official Marc Davis.

Rajon Rondo is back after taking Saturday off, his first game since turning 28. The Jazz have played better since a horrid start but we’ll have to wait until next season to see the first matchup between close buddies Jared Sullinger and Trey Burke. Burke missed the first meeting with a fractured thumb and Sullinger will miss tonight with a concussion.

• Coach Brad Stevens returned to Salt Lake City, where he enjoyed two of his greatest victories as a college coach during the Elite Eight in 2010. His Butler Bulldogs beat Syracuse and Kansas State here at EnergySolutions Arena, leading Butler to its first Final Four. Or course, Stevens coached Jazz standout Gordon Hayward at Butler.

• Stevens said he is unsure whether the Celtics need another body after fielding just 10 players for the Jazz game. He said Avery Bradley (sprained ankle) is progressing from a sprained right ankle. It is uncertain when Vitor Faverani (left knee) will return.

• Derrick Favors (hip injury) worked out before the game and was declared healthy enough to play. He missed the past three games.

• The Celtics will fly back to Boston late Monday night and will take Tuesday off before facing the Atlanta Hawks on Wednesday. The Celtics get two days off after that and then three days off following Saturday’s game with the Indiana Pacers. 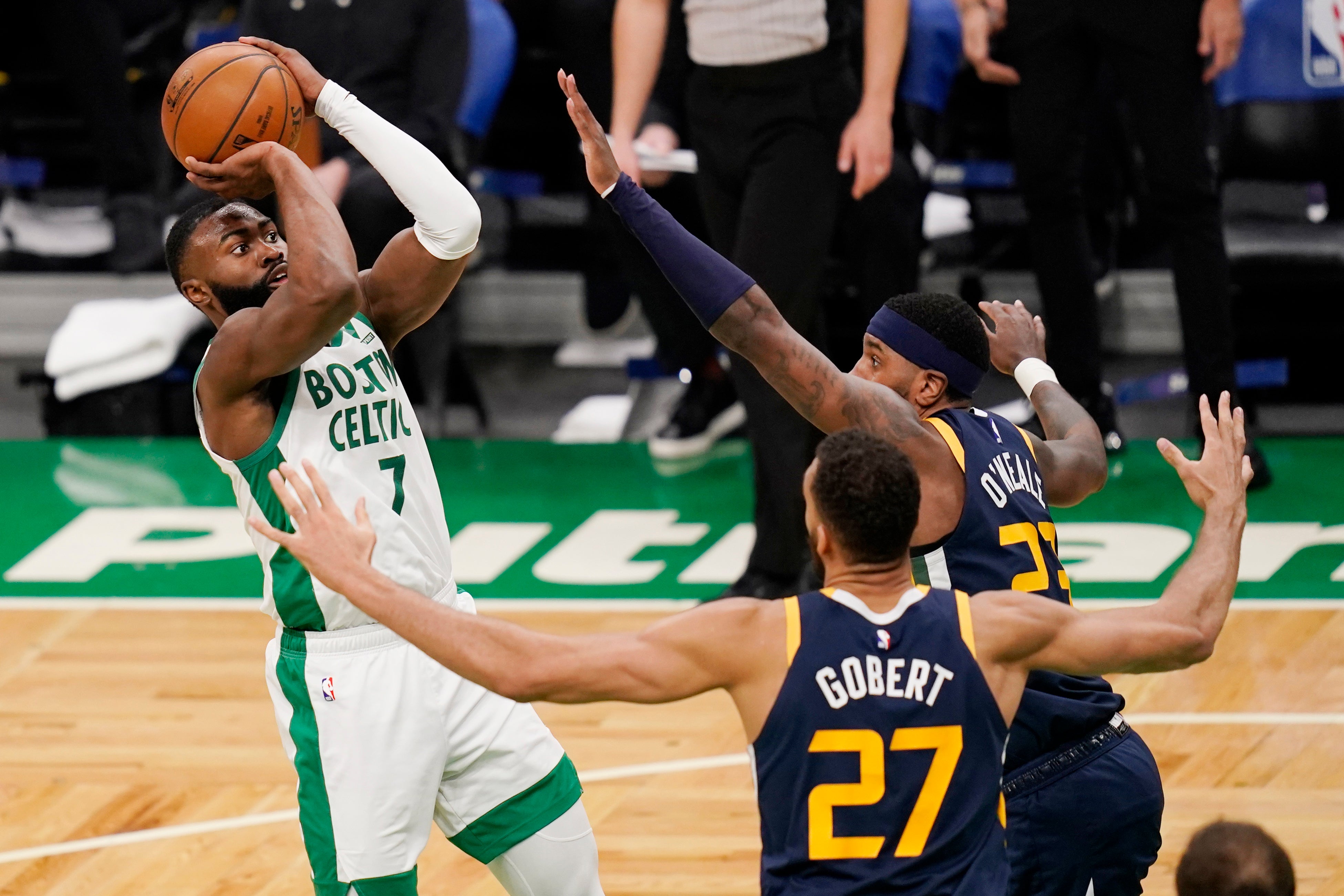 5 takeaways as Rudy Gobert, Utah Jazz pull away from Celtics