The Celtics are wrapping up the season and play two of their final seven games against the downtrodden 76ers, who recently broke an NBA-record 26-game losing streak. The Celtics are without Avery Bradley, who is out with a strained Achilles tendon.

Michael Carter-Williams, from nearby Hamilton, will have an estimated 150 family and friends at the game tonight. He is the favorite for the Rookie of the Year award, averaging an impressing 16.6 points, 6.1 rebounds and 6.2 assists.

• Avery Bradley is out tonight with a strained right Achilles tendon and coach Brad Stevens said the guard will also miss Saturday’s game against the Detroit Pistons. The coach said he hopes Bradley returns for Wednesday’s game at Atlanta.

• Although local product Nerlens Noel targeted 4-4-14 as his return date from a torn anterior cruciate ligament, he will not play tonight as coach Brett Brown said he is simply not ready. Noel did workout on the court before the game with no knee brace.

• Brown, who coached Jim Christian at BU and in Australia, said the new BC head basketball coach is “Billy Donovan-like.” Christian was hired on Thursday and played two years at BU.

• The Celtics will travel to Detroit late Friday night and face the Pistons on Saturday. The club then returns home for three days off before facing Atlanta on Wednesday. 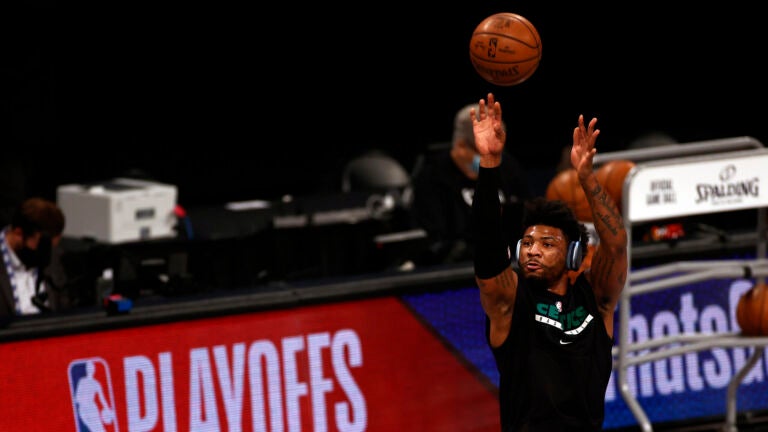