With 27.5 seconds left in Tuesday night’s Thunder-Grizzlies game and with his team down 100-99, Oklahoma City’s Kevin Durant stepped to the free throw line for a chance to tie the game. Durant went into his routine, spinning the ball in his hands and taking a dribble, but just as he was about to shoot, referee Joey Crawford ran over and took the ball away.

Why? Because Crawford wanted to make sure that the scoreboard reflected that both teams were in the bonus. Really, Joey? Durant missed the free throw, and the Thunder lost the game. Afterwards, OKC coach Scott Brooks said, “It was an awkward situation. I’l say that.”

On Twitter, Greg Anthony said what we all thought.

I have a feeling #JoeyCrawford will be trending tonight! #WhatTheHellWasThat 😳

Given the circumstances, Crawford’s interference was about as bad as it gets. but this ref trying to block Kris Humphries a couple years ago is way more ridiculous. 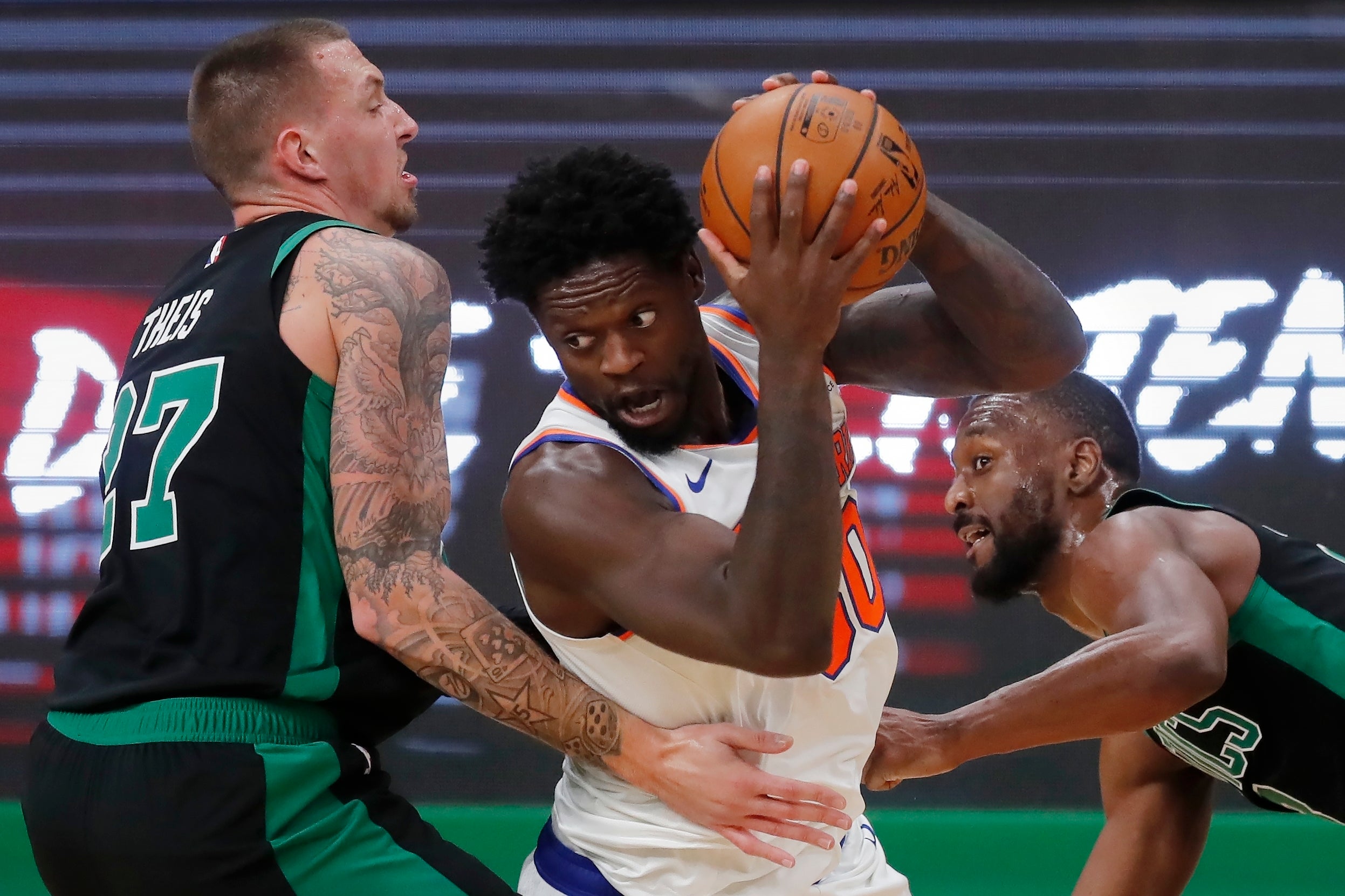 5 takeaways as the Knicks crush the Celtics, including Kemba Walker's chemistry with Jaylen Brown