Paul Pierce and the Brooklyn Nets were eliminated from the NBA playoffs Wednesday night after blowing an 8-point lead in the closing minutes of a 96-94 loss to the Miami Heat.

After the game, Pierce, who will be an unrestricted free agent this summer, pontificated on his future.

“I haven’t really put much thought into it,” Pierce said. “I put my whole focus into this season, it’s my last year of the contract. I will sit back and talk to the family and see where my options are from there and go from there.”

“I think I still have something in the tank I can give a team,” he added. “Maybe one or two (years) at the most.”

Pierce’s former Celtics counterpart Kevin Garnett had just two points in 24 minutes. He averaged 6.9 points and 6.3 rebounds in the playoffs, down substantially from his averages of 12.7 and 13.7 with the Celtics last season. After the game, Garnett pulled a Garnett, walking out of the arena without speaking to reporters.

Garnett is 37-years-old and has one year remaining on his contract, but after the game Miami’s Dwyane Wade and LeBron James sure sounded like they were eulogizing the 18-year-player.

“[Pierce and Garnett] bring something out of you,” said Wade. “We’ve had some unbelievable battles vs. these guys. We can credit them for the team that we are today.”

“They helped me become the player I am today,” said James. “As weird as it is seeing them in black-and-white, you still see green on them. Those guys just have the championship DNA.” 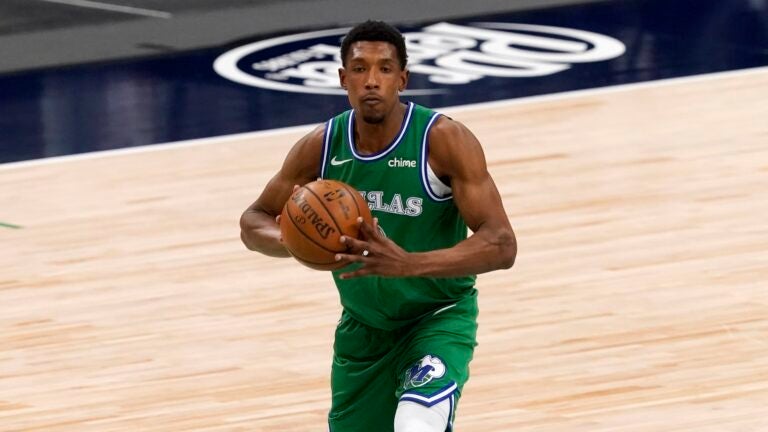