Spurs forward Matt Bonner, pride of Concord, N.H., is the first NBA player known to score a shoe deal via Twitter. And he pretty much begged for it.

Bonner tells ESPN he wore New Balance sneakers for years without endorsement, sometimes getting heckled for it.

“I took a lot of flak for wearing them,” Bonner said. “I got heckled quite a bit. Things like, ‘Hey, Bonner, nice New Balances.’ Nothing really all that clever; 99.99% of heckles are not clever.”

Bonner thought he had a deal with his first sneaker love, New Balance, but subsequent tweets showed it was not meant to be.

.@newbalance Now as the sole NB wearing NBA player for the last 4 years… I have tears in my eyes. I never thought this day would come.

.@newbalance I’m assuming by sending a shipment of NB product you are saying you want to sponsor me officially?Like with an actual contract?

While New Balance said no, Adidas rewarded Bonner with an actual shoe deal in January. According to the ESPN story, the Spurs forward now has 20 boxes of shoes stacked in his garage, “just in case he gets dumped again.” When he’s not hoopin’, Bonner writes a sandwich blog called “The Sandwich Hunter: Quest for the Hoagie Grail”. 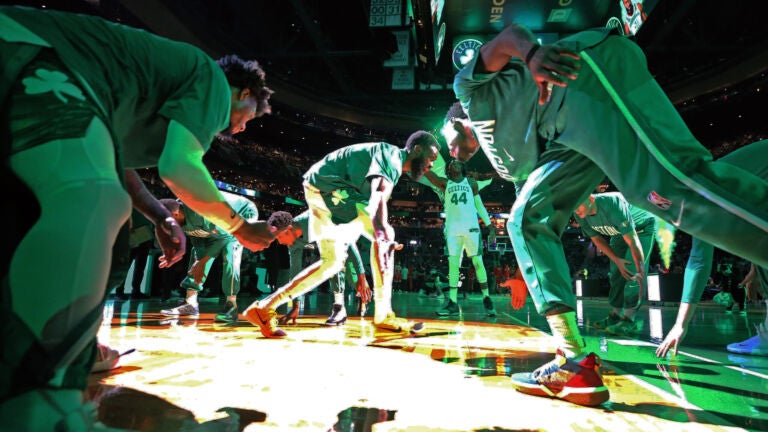 Jaylen Brown looking for 'brand of the future' after leaving adidas