A guy dressed in a Jesus costume sat courtside at Game 1 of the NBA Finals Thursday night, and the NBA on ESPN Twitter account buried the lede.

one of the best nba photos in history RT @ESPNNBA: pic.twitter.com/JubtNqqQpI

@ESPNNBA @espndmphotos We gonna act like Jesus ain’t sitting in the front row?

That’s San Anotnio’s Danny Green shooting the ball there, though it was unclear whether or not he received any divine intervention. Maybe the guy was just a really big fan of Jesus Shuttlesworth, Ray Allen’s character in the Spike Lee movie “He Got Game.” 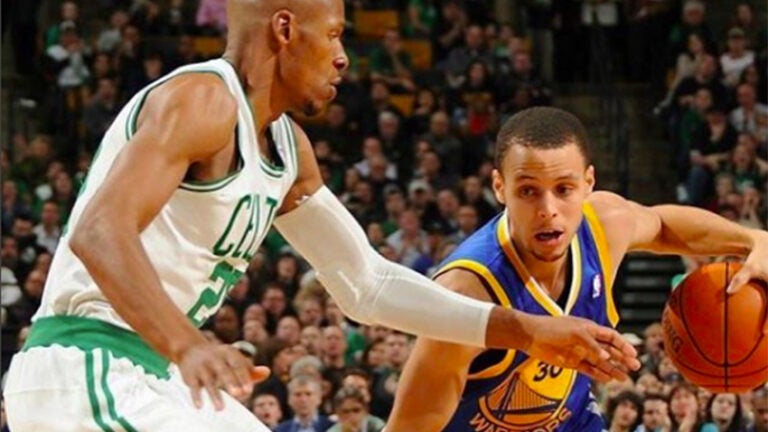