Over the past couple days multiple reports said a Kevin Love-to-Boston trade scenario appeared to be gaining momentum. The tide may be quickly shifting on that front.

Several new reports have surfaced this afternoon indicating that Celtics fans may have to lower their expectations about Boston’s chances of landing the All-Star power forward.

Steve Bulpett of The Boston Herald first reported this afternoon that the Timberwolves are not impressed with the Boston’s latest trade offer for Love. In fact, Bulpett notes that sources tell him the Wolves already have received multiple proposals from teams that trump what Boston can offer.

Sources close to the situation have told the Herald that Boston’s offer of draft picks and players isn’t nearly the best the Timberwolves have received — or expect to receive — for their All-Star forward. The Celtics are willing to discuss a number of options, but none of them includes the quality of player with NBA experience that Minnesota is seeking or believes it can get elsewhere. One source indicated Denver and Golden State have both made more intriguing offers, and there are other teams very much in the picture, as well

Baxter Holmes of The Boston Globe also pegged Chicago as a potential top destination for Love, while leaving the Celtics off the list.

The Herald story and tweet from Holmes conflict with recent reports from ESPN’s Bill Simmons and Chad Ford that stated the Celtics were in prime position to land Love if Minnesota elected to deal their unhappy power forward.

Ford defended his story during a ESPN chat on Wednesday afternoon.

“I was told by a good source in Minnesota that as of Monday, the Celtics had the best offer on the table and were the favorites to land Love. I think Bill Simmons reported something similar today. I know the Boston Herald just said the opposite — that the Warriors and Nuggets had made better offers. But I’m skeptical. The Warriors won’t include Klay Thompson (at least not yet). And the Nuggets? They have the 11th pick. They have Kenneth Faried. But what else? Gallinari? Hickson? I don’t think that’s a better offer than the Celtics.”

If the Wolves are dead set on acquiring impact veteran players for Love instead of younger building blocks, the Celtics could be in trouble. Boston has Jared Sullinger and Kelly Olynyk to offer, but both of those guys have limited upside.

If Minnesota wants to stay competitive now, Denver, Golden State, and Chicago have several appealing players on their roster that are better players than Sullinger and Olynyk. The Nuggets could offer Kenneth Faried or a rehabbing Danilo Gallinari, for example along with other parts. I discussed a potential Bulls or Warriors offer for Love earlier today.

Until draft night arrives, the Love sweepstakes will remain a waiting game. Is Minnesota posturing in these reports by trying to get Boston to up their offer? Will the Celtics, as the Herald article suggests, have to get a third team involved to meet Minnesota’s asking price? Right now, there are far more questions than answers and as we watch and wait for the Wolves’ front office to decide Love’s fate. 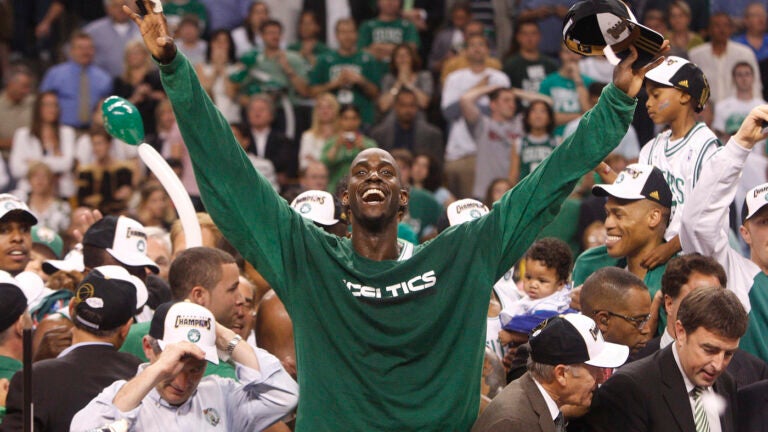