ORLANDO — Marcus Smart got hot at the right time on Thursday night.

Boston’s first round pick scored 12 of his game-high 19 points in the fourth quarter, helping the Celtics pull away from the Orlando Magic late and take home a 76-67 victory in Orlando Summer League action.

Smart showed off a nice array of moves in the final frame, helping pick up the slack for a struggling Celtics offense that was missing their top scorer Kelly Olynyk (rest) for the contest.

The 20-year-old guard hit a couple three-pointers in the period as well as a nifty spinning drive to the basket which we finished with a lefty scoop shot off the glass. Overall, Smart went 5-of-14 from the field and 7-of-8 from the free throw line.

Chris Johnson (12 points), Mike Moser (12 points), and Colton Iverson (10 points) also put together productive performances for the shorthanded Celtics. Phil Pressey struggled mightily with his shot (1-of-15 from the field) in 21 minutes off the bench. Seth Curry had a team-high 15 points for Orlando.

With the win, the Celtics finished with a 3-1 record during Orlando Summer League round robin play.

Boston will wrap up summer league by facing off with the Indiana Pacers on Friday morning at 10 a.m. in the 3rd place game. 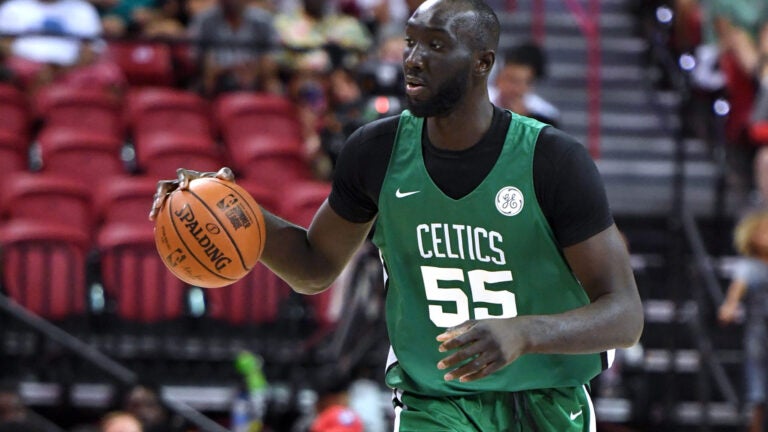