The Sacramento Kings were rumored to be targeting Pistons power forward Josh Smith once already this offseason. Now, according to Marc Stein of ESPN.com, talks have resumed between the Kings and Pistons to discuss a potential swap involving Smith. Stein’s report was also confirmed by Vincent Goodwill of the Detroit News.

SVG has met with Josh Smith and hasn’t made any promises about keeping him. He’ll move Smith but he wants value

Here’s what I do know: Kings GM wasn’t too enthralled with the deal. If anything, seems like it’s being pushed by coach Mike Malone

Why should Celtics fans pay attention to a possible trade here? Smith is one of Rajon Rondo’s best friends from their days rooming together at Oak Hill Academy. That friendship has lasted to the present day, and the players have talked about how they are still close and vacation with each other during the offseason.

The Kings have attempted to target Rondo according to a report from Marc Spears of Yahoo! Sports over the past season, but Rondo was not open to signing an extension there when his contract expired. Would that attitude change if Smith became his teammate? Marc Stein touched on the potential motive for Sacramento in his piece.

Kings owner Vivek Ranadive, furthermore, is known to be fond of splashy moves. And trading for Smith, given the lukewarm reviews of his first season with the Pistons, would certainly qualify as bold. Another potential bonus is Smith’s close relationship with Boston Celtics point guard Rajon Rondo, whom Sacramento has been targeting in trade talks for some time.

While playing in Boston with the Pistons earlier this year, Smith spoke about the desire he shares with Rondo to play together as teammates one day.

“The conversation comes up,” Smith told reporters in February. “We always tell each other how surreal a moment that would be to reconnect again in that realm. But with the different free agencies that we both have, it could be far-fetched. But it could be possible, too. I always think in a different scenario, it could happen. But who knows?”

Unlike Houston, the Kings have the assets to make a serious play for Rondo again, if they choose. They also have an opening at one of their point guard spots after Isaiah Thomas signed with the Phoenix Suns last week. Combine this with DeMarcus Cousins calling Rondo the best point guard in the NBA earlier this week, and it’s hard not to connect the dots in terms of Sacramento’s potential recruitment of Rondo.

The odds are still long that the Celtics will move Rondo this offseason, as the asking price for the team’s captain remains very high. If the Kings are able to acquire Smith though, Sacramento could become a more appealing destination for Rondo via trade or free agency next summer. 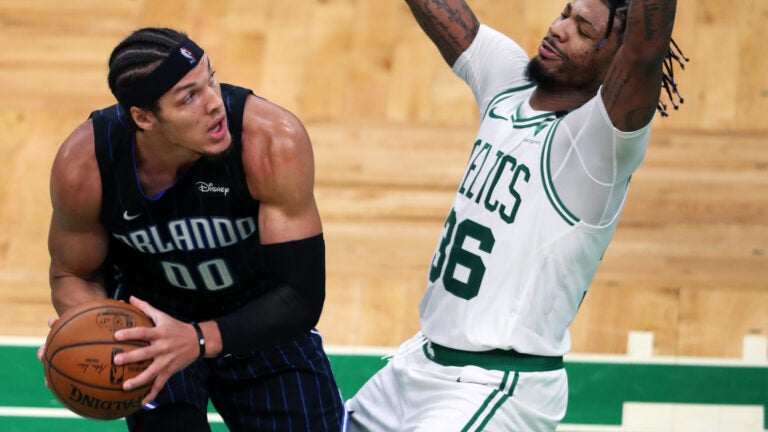