Los Angeles Clippers star Chris Paul told ESPN.com there’s a real possibility he and other players would sit out if Donald Sterling still owns the team at the start of the season. Paul told ESPN he has spoken to head coach Doc Rivers about the possibility of the boycott.

“That’s something me and Doc are both talking about,” Paul said Thursday. Something has to happen, and something needs to happen soon — sooner rather than later.”

The NBA is trying to push through the sale of the franchise authorized by Sterling’s wife, Shelly, who agreed to move the team to ex-Microsoft CEO Steve Ballmer for a record $2 billion. Sterling is fighting the sale. In court testimony this week, Clippers CEO Dick Parsons said that Rivers will seriously consider stepping down as coach of the team if the Sterling situation is not resolved.

Closing arguments in the current court case are set for Monday. Sterling has vowed to fight the sale, “as long as he lives,” though there is a report that he may need to sell the team to pay his debts.

Trouble in Clipperland could spell good news for the Boston Celtics. 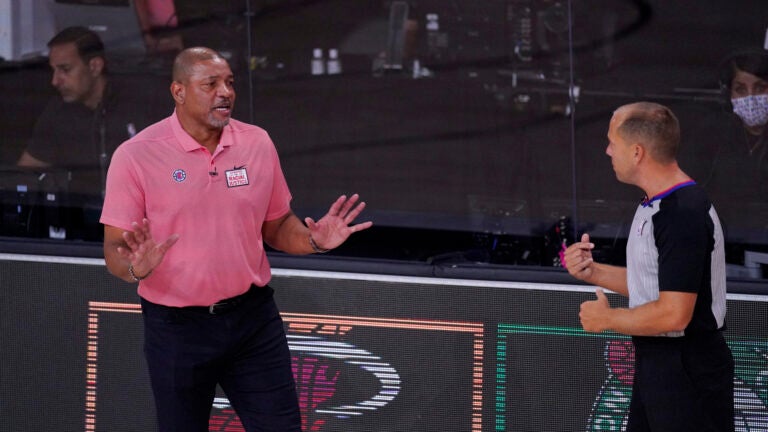 Doc Rivers out as Clippers' coach, after seven seasons