Celtics guard Marcus Smart is getting his first chance to match up against some of the best players in the NBA this week. The no. 6 overall pick was one of only two rookies invited to Team USA training camp as a member of the USA Select Team. Smart is not in contention for a spot on the national team while playing for the USA Select Team. Instead, his job is to help the national team prepare for the FIBA World Championship next month in Spain.

The camp kicked off on Monday in Las Vegas, and through just two days of action the 20-year-old guard out of Oklahoma State has been widely praised by reporters watching Smart team up with young players like Draymond Green, Doug McDermott, and Mason Plumlee to challenge potential players on the national team.

Sam Amico of Fox Sports Ohio singled out Smart directly for his play against an elite group of guards competing for a spot on Team USA.

One player making an impression: Celtics rookie guard Marcus Smart, and he’s not even really trying out for Team USA. Instead, the No. 6 overall pick in the June draft is a member of the Select Team — which has been put together for the purpose of pushing national team candidates in practice. But Smart has more than held his own while playing with and against the likes of Damian Lillard (Trail Blazers), Kyrie Irving (Cavaliers) and Derrick Rose (Bulls).

I did manage to watch the point guards a bit. Damian Lillard was disappointing, and there was a stretch where both Marcus Smart and Victor Oladipo of the Select Team flat-out took it to Wizards teammates John Wall and Bradley Beal…While there is a point guard battle going on with the national team, the Select Team had young point guards who also did some damage today, further stressing that the future of the point position in the NBA is in good hands with Marcus Smart and Trey Burke.

Jeff Goodman from ESPN.com chimed in today as well.

Rave reviews continue to pour in from Vegas from coaches in attendance on Marcus Smart & Victor Oladipo. Both impressive on practice squad.

The most encouraging part about all this for Celtics fans? It appears that Smart’s perimeter jump shot is showing signs of consistency after a tough shooting week during Summer League play in Orlando earlier this month. Smart hit just 25.7 percent of his attempts from 3-point range in five summer league games.

Smart’s rave reviews are a welcome sign for Celtics fans entering next season with another potentially painful year of rebuilding on the horizon. 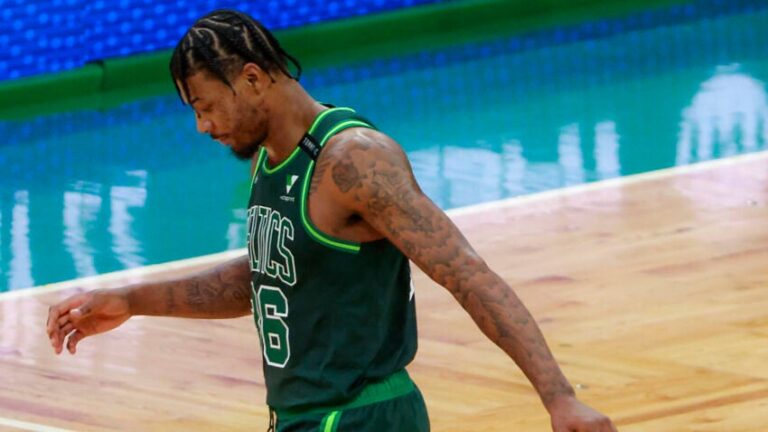