Atlanta Hawks co-owner Bruce Levenson will be selling his share of the team after self-reporting an “inappropriate and offensive” email regarding Hawks fans that he sent in August 2012.

Levenson made the announcement on the Hawks website on Sunday, accompanied with an apology.

“I’m truly embarrassed by my words in that e-mail, and I apologize to the members of the Hawks family and all of our fans,” Levenson said in a statement.

The Hawks also released the contents of Levenson’s offensive 2012 email on the team’s website. Here’s a sampling of the disturbing remarks made by Levenson as he attempted to address the team’s attendance problems at Phillips Arena.

Before we bought the hawks and for those couple years immediately after in an effort to make the arena look full (at the nba’s urging) thousands and thousands of tickets were being giving away, predominantly in the black community, adding to the overwhelming black audience. My theory is that the black crowd scared away the whites and there are simply not enough affluent black fans to build a signficant season ticket base.

Hawks CEO Steve Koonin told the Atlanta Journal-Constitution that Levenson’s email was discovered by the team after an internal investigation was launched following a separate racist remark by general manager Danny Ferry back in June.

At that meeting, a player was being discussed and Ferry cited a background report that included an “offensive and racist” remark. “Instead of editing it, he said the comment,” Koonin said. Following the meeting, Koonin said members of the Atlanta-based ownership group raised a red flag regarding the comment. …In the wake of the incident, it was decided that there would be an internal investigation conducted by council. The law first of Alston and Bird conducted 19 interviews and examined 24,000 documents. During that search, the Levenson email was discovered.

ESPN’s Marc Stein reported todaythat the player Ferry was discussing when he made the comment was Heat small forward Luol Deng. Koonin said Ferry will be disciplined for his behavior.

NBA commissioner Adam Silver released a statement on Levenson’s decision to sell his stake in the team as well.

I commend Mr. Levenson for self-reporting to the league office, for being fully cooperative with the league and its independent investigator, and for putting the best interests of the Hawks, the Atlanta community, and the NBA first. We will be working with the Hawks ownership group on the appropriate process for the sale of the team and I have offered our full support to Hawks CEO Steve Koonin, who will now oversee all team operations. The NBA and its teams have long had in place anti-harassment and anti-discrimination policies in order to facilitate respectful and diverse workplaces. Earlier this summer, the league re-doubled its efforts by, among other things, making it mandatory for all league and team personnel to receive annual training on these issues.”

Once Levenson sells his stake, it will be the second time this year a franchise has lost an owner due to racially insensitive remarks. Donald Sterling was banned from the NBA for life and forced to sell the Los Angeles Clippers this summer after a audio recording surfaced that contained Sterling making racist comments about African-Americans. 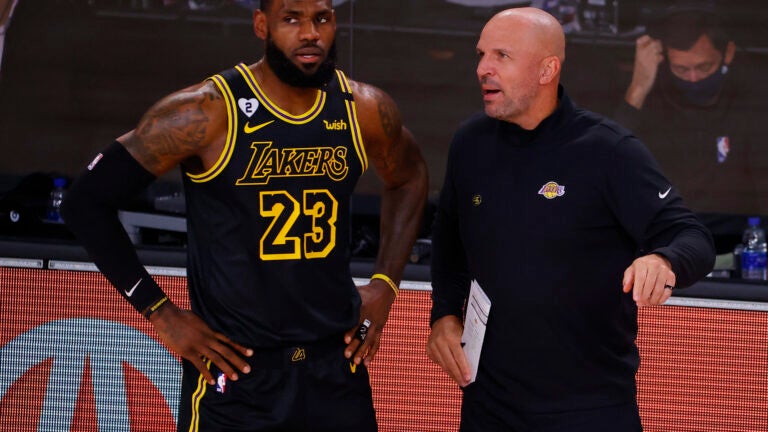