Over the past 12 months, the Boston Celtics have focused primarily on improving the team’s long-term prospects by attempting to stockpile draft picks and young talent. Despite the strides made by president of basketball operations Danny Ainge in this department, the team’s future isn’t as rosy as Boston fans might have expected over the next few years, at least in the opinion of one major sports media outlet. Today, the Celtics landed at an underwhelming 24th in a newly released edition of ESPN’s Future Power Rankings.

The ESPN rankings attempt to project a team’s success over the next three seasons, based on a variety of factors including a team’s players, management, ability to spend money and draft positioning. They rank all of these facets of a franchise to produce a “future power rating” for each team.

The Celtics fared well in a majority of categories evaluated by the ESPN Insider panel. Here is the full breakdown of where the Celtics stood in each specific area covered.

With an above average showing in most areas, why exactly do the Celtics rank 24th overall? ESPN’s formula places the highest priority on the player category, factoring in a more sizable chunk (50 percent) of a team’s ranking in that department into the team’s overall future power rating. Needless to say, ESPN’s panel doesn’t think much of Jared Sullinger, Kelly Olynyk, Marcus Smart and company.

Our panel certainly isn’t sold on the Celtics’ talent, ranking the team 29th in players. To improve that score, Boston will need recent draft picks Kelly Olynyk and Jared Sullinger to take a major step in their development. Lottery pick Marcus Smart also figures to step into a larger role at point guard when — not if — Rondo is traded. Beyond that group, Boston is paying a lot of money to inconsistent wings Avery Bradley and Jeff Green and has young prospects with more questions than answers at this point.

So is the rating fair to the Celtics? Not exactly, considering the panel fails to consider the possibility that Rajon Rondo will remain a Celtic past this season. Even if he is traded, the team will get a sizable return for the star guard that will certainly help the complexion of the roster.

With that said, it is tough to find more than a few rosters around the league right now that have less talent than Boston does currently. Ainge’s goal in building for the future at the moment is predicated on using future cap space wisely (which will arrive next summer) and packaging his endless supply of upcoming first round picks to help land a big piece or two via trade.

ESPN’s rankings put less of an emphasis on the flexibility Ainge has to explore these kinds of trade possibilities and more on the talent Ainge currently has in the team’s cupboard, which isn’t much to get excited about.

Boston’s current talent level on the roster was a major detriment in the Celtics’ failed attempt to land Kevin Love this summer. Ainge’s ability to find a team that finds Boston’s assets appealing (players or picks) will be the key in deciphering whether this ranking is too low for the Celtics or just right. 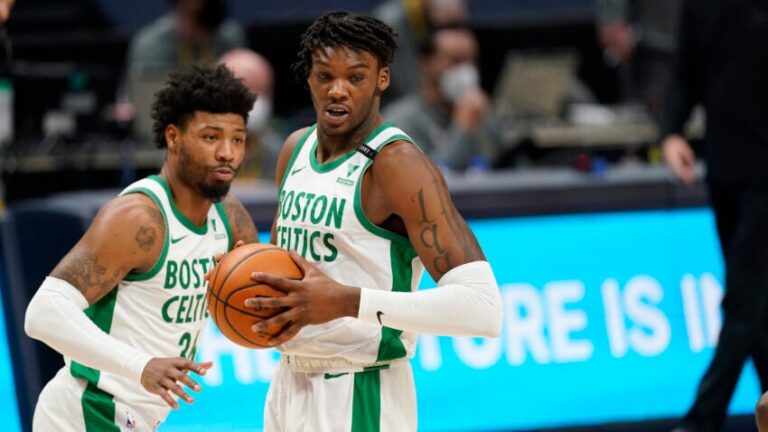