Ever since Danny Ainge traded away Paul Pierce to the Brooklyn Nets last June, many Boston fans have dreamed about the longtime Celtic returning to the team that drafted him back in 1998.

Sunday afternoon, those fans got the next best thing: seeing the former Celtics captain wearing green.

The 36-year-old small forward took part in the pregame ceremony held by the Red Sox to honor Derek Jeter in his final game before retirement. After bringing out a number of Red Sox legends to greet and honor the Yankees shortstop, a number legends from other Boston sports to pay tribute to the captain including Bobby Orr, Troy Brown, and Pierce.

In a move that the Washington Wizards (Pierce’s current team) may not be thrilled about, Pierce wore a Celtics jacket as he took the field at Fenway and embraced Jeter. Just how good did the former Celtics captain look in green? Judge for yourself.

.@RealTroyBrown80‘s at Fenway Park today to take part in the @RedSox tribute to Derek Jeter pic.twitter.com/QJALDI3gNC

The 16-year veteran has openly stated that he would love to finish his NBA career in Boston before retirement. Pierce’s official return to the Celtics may not happen for a couple years (if at all), but Pierce’s attire on Sunday was surely a refreshing sight for longtime Celtics fans. 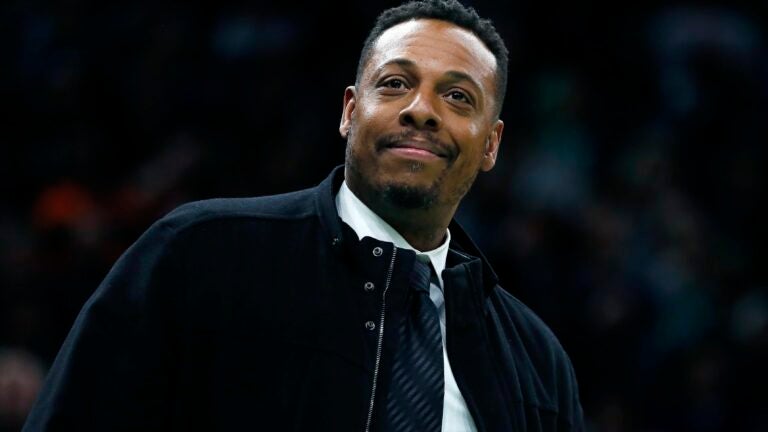