Celtics point guard Rajon Rondo showed off some personality Tuesday night, as he fielded a number of questions from his followers in an impromptu Twitter Q-and-A.

Prior to the session, we hadn’t heard from Rondo since the team’s media day back in September, making the Q-and-A particularly noteworthy. The 28-year-old guard has stayed out of the limelight as he waits for a broken bone in his left hand to heal following an unfortunate slip in the shower three weeks ago.

Thankfully, the injury isn’t limiting Rondo on the social media front as over 20 questions were answered by the Celtics captain during the exchange. We took it upon ourselves to separate out a few of the highlights.

1. We found out how Rondo became so dominant at Connect Four.

“@JADubin5: How did you get so good at Connect 4?Had 2 be home when the porch lights came on so Invited some friends over & busted they ass

Nice to see practice doesn’t just pay off on the court for the point guard. You can watch some of Rondo’s Connect Four domination below.

2. Rondo’s not taking sides when it comes to the idea of a 44-minute game.

“@Chris_Brown_33: @RajonRondo do you like the idea of a 44 minute game?” Ask me that question after the game even though I’m not playing

3. Rihanna gets the nod over Beyonce in Rondo’s book.

No surprise here. Rondo may end up turning to new teammate James Young for some advice on hanging out with the singer after the rookie had a pleasant run-in with her last spring.

4. All of Rondo’s favorite teammates are from the Big Three era.

We all know how tight Perk and Rondo are, so his mention is no surprise. Same goes for Dooling, who mentored Rondo well during his one season a Celtic. Garnett is one of the best teammates ever according to pretty much everyone, so I’m going to say Big Baby making this list is one of the biggest surprises of this Q-and-A. Sadly, Davis is still dealing with fat jokes from Doc Rivers in Los Angeles to this very day.

Doc said Big Baby has lost weight, but that you wouldn’t notice it because “it’s like throwing a deck chair off the Queen Mary.”

In less surprising news, Ray Allen was nowhere to be found on the favorite teammate list.

5. Rondo does read stories about himself…sometimes

“@ThomasGardnerJr: @RajonRondo tell the truth, do you ever read stories written about you in the paper/online?” Once every 7 months

Rondo is expected to miss a few more weeks with his hand injury, including the start of the Celtics regular season on October 30th. 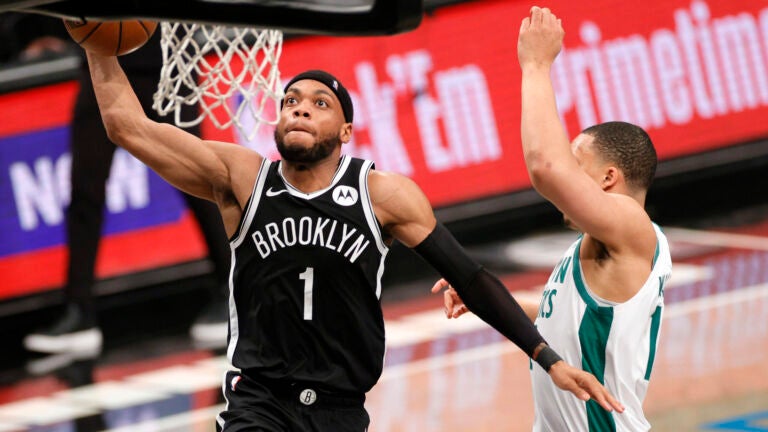 How did Bruce Brown become one of Steve Nash's favorite players? Ask his Boston basketball family.