The 2014-15 Boston Celtics got their name into the league record books on Sunday afternoon, winning the first and only (for now) 44-minute game in NBA history. The Celtics erased a 15-point first half deficit and dominated the second half on their way to a 95-90 victory over the Brooklyn Nets at the Barclays Center.

The Celtics improved to 4-3 in the preseason with the win, but, knowing that the results of preseason games are meaningless (for the most part), here are three things we learned from today’s contest.

1. Sullinger is showing consistency We saw flashes of today’s near 20-20 effort from the third-year power forward last season, but the big man’s primary problem was stringing together positive performances. Today’s game was the latest example that Sullinger is on the verge of ridding himself of that issue this season thanks to improved health and conditioning.

Sullinger’s dominant effort Sunday capped a recent stretch of five games in which the big man has averaged 14.2 points and 10.9 rebounds per contest. Perhaps even more impressively, he’s shooting over 50 percent from the field and the 3-point line in those games. Sullinger’s reliable contributions have been a key factor in Boston’s gains on the offensive end this preseason. Whether they will translate to the regular season remains to be seen, but the signs are encouraging thus far.

2. The Celtics are not hesitating to shoot from beyond the arc Boston may not be one of the most accurate 3-point shooting teams in the NBA this year, but they seem committed to being among the league leaders in attempts. After attempting just 21.1 3-point shots per game last season, the Celtics took 29 against the Nets on Sunday, continuing their high volume pace this preseason. Through seven contests this year Boston has put up 30.4 shots from downtown each game. That number would have led all NBA teams in last year’s regular season.

3. A 44-minute contest cut off a modest amount of total game length The average NBA game lasts about two hours and 17 minutes. Sunday’s contest between the Nets and Celtics clocked in at one hour and 58 minutes. Some of the trimmed-off time came thanks to the four-minute reduction in game play, but the biggest factor was the elimination of two commercial breaks in the second and fourth quarters, which served to improve the overall flow of the game.

The Celtics face the Nets again in their preseason finale Wednesday night back at the TD Garden. 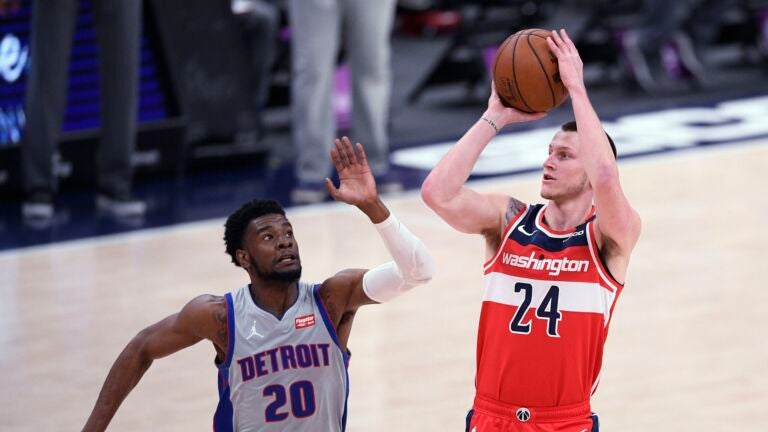