Rajon Rondo may be a rich and famous NBA athlete, but it appears he relies on public transportation just like the rest of us.

Twitter user @defectivechild posted a photo of himself with a man that looked quite similar to the Celtics point guard in an Orange Line station on Wednesday afternoon.

The Orange Line makes a stop at North Station, which is also the home of the TD Garden, where the Celtics play. Before the game, a reporter inquired to Rondo about his travel habits to the Celtics opener. At first, the point guard wasn’t exactly forthcoming, but Rondo changed his tune when presented with the evidence. Here’s the full back and forth between the two.

Reporter: Did you ride the T to the game?
Rondo: No.
Reporter: There was a picture of you on the T.
Rondo: Oh, is that right? Then why did you ask me that question? You are giving away my transportation to the game man!

Rondo isn’t the only celebrity who has been sen utilizing public transit. Jay Z, Beyonce, and Rihanna have all been snapped riding the subway in an effort to avoid the hassles of getting around above ground.

After eight seasons in Boston, it’s good to know Rondo is wise enough to avoid rush hour traffic when he can. 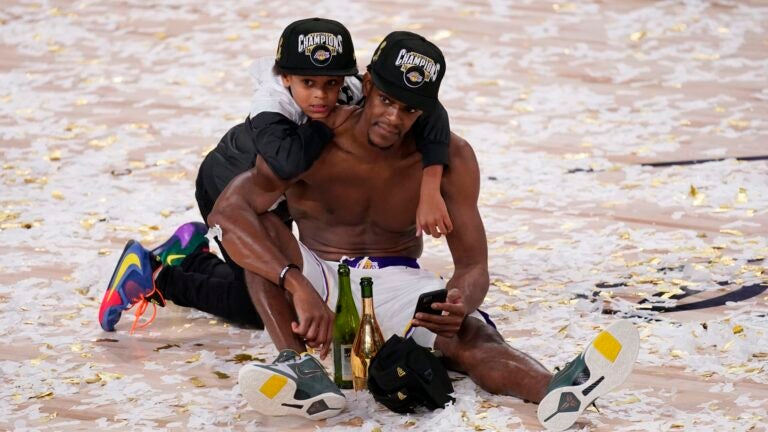