To this day, Larry Bird remains one of the best passers in NBA history. Whether it was a no-look dime, hitting a teammate in stride with a full-court dish, or finding an open man while double teamed in traffic, few players distributed the ball better than Bird in their NBA career. Don’t take my word for it though. You can watch the highlights for yourself firsthand.

On the opposite side of the spectrum, Marcus Smart is just three games into his first season with the Celtics. On Monday night, in the midst of a near 31-point comeback Boston against the Mavericks, the 20-year-old rookie had Celtics fans experiencing Bird flashbacks thanks to an out of nowhere pass that setup up an easy layup for Jared Sullinger.

Watch just how crafty this behind-the-back dish was right underneath the Mavericks basket.

Smart may never be on Bird’s level when it comes to passing, but it was fun to see the rookie showing shades of the Celtics legend on Monday night. 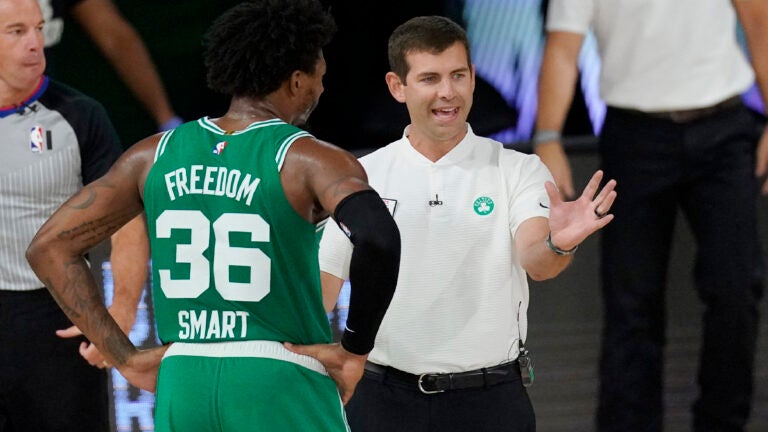