Evan Turner made the most of his opportunity filling in for a recovering Rajon Rondo in the Celtics starting lineup Saturday night. In fact, the 26-year-old contributed in several realms of the box score, much like Rondo has done all season, posting 19 points, five rebounds, and six assists in Boston’s 106-101 upset win over the Chicago Bulls.

All of those totals proved to be season-highs for the Celtics’ swingman, who signed a two-year contract with the Celtics this offseason worth $6.7 million. Turner excelled in Brad Stevens’ uptempo offensive system throughout the preseason, but had played inconsistently during the regular season, prior to his strong performances this weekend against Indiana and Chicago.

The veteran seems to be getting a little more comfortable off the floor as well. Turner has been one of more entertaining personalities in the Celtics locker room this year, and we saw a glimpse of that after the game Saturday. He revealed to MassLive’s Jay King following his postgame press conference that he had an E.T. themed chain. And yes, it looks as cool as you might imagine.

Turner told King about asking a Philadelphia jeweler to make him the unique accessory.

“I tried to make something that was too girly one night,” Turner explained. “It was like a coin and it was with my mom’s name on it. And her name’s Iris, so it’s an iris flower. And it came out looking too girly, so I gave it to my mom. So I was like, I’ve gotta make something for me. And the E.T. theme was dope, and I was like, I think this would be definitely dope. It kind of shows my personality too with it, so I like it. It will be a family heirloom.”

With chains like that, Rondo may have some competition for the most fashion savvy player on the Celtics roster. 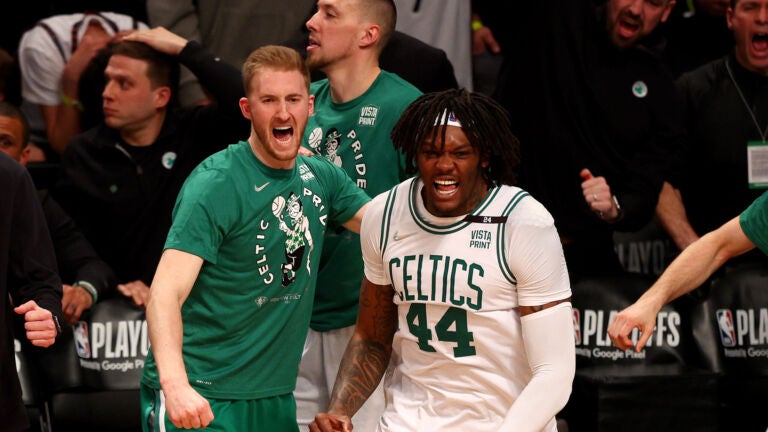 Robert Williams made available, but doesn’t play in Celtics-Bucks Game 7