Rajon Rondo posted his third triple-double of the season Wednesday night against the Charlotte Hornets, but his actions in the third quarter of the contest against Hornets guard Lance Stephenson are what’s garnering more attention today.

Rondo hit the veteran guard with what appeared to be a elbow in the neck area at the 6:52 mark of the third quarter of Boston’s loss. The contact sent Stephenson tumbling to the hardwood, but the officials did not call a foul on the play. Later in the possession, after a foul, Rondo and Stephenson started jawing at each other, resulting in both players receiving a technical foul.

The sequence appeared to be some form of retaliation for Rondo after Stephenson hit the point guard with a “karate chop” earlier in the third quarter.

After the game, Rondo was skeptical that his push would be powerful enough to bring down Stephenson, when speaking with reporters.

Rondo on elbow to Stephenson: “He weighs about 60 more pounds than me. I don’t think I was that strong on that play to knock him down.”

No discipline will likely be handed down to either player after the sequence, but it will be a situation to keep an eye on when the Celtics face off with the Hornets again on January 5th. 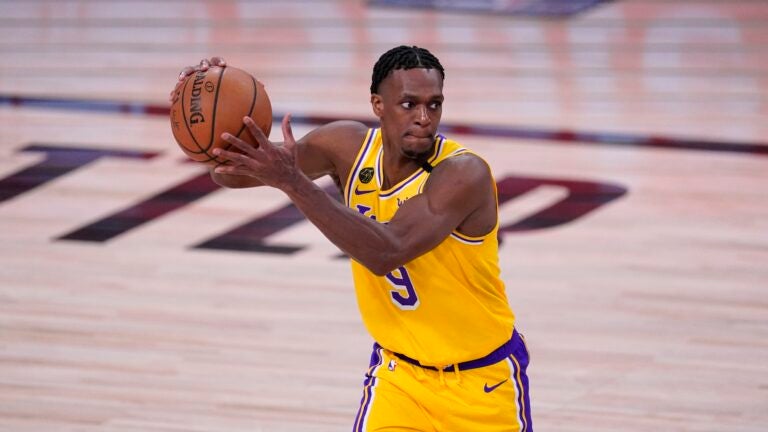 Rajon Rondo and Dwight Howard, once seen as malcontents, are helping the Lakers' playoff run