Rajon Rondo did not have a reputation of being the easiest player to coach in Boston. That reputation may now stick with him in Dallas after the point guard was benched following a heated exchange with his new Mavericks head coach, Rick Carlisle.

The incident occurred early in the third quarter of the Mavericks-Raptors matchup at American Airlines Arena. Carlisle appeared to be trying to get Rondo’s attention as the point guard walked the ball up the floor on the opposite side of the court. The former Celtic didn’t turn and listen to Carlisle for instructions, and he looked to be tuning out his coach purposely. At this point, Carlisle seemed to become extremely animated and called a timeout just after Rondo crossed halfcourt.

Upon returning to the bench, cameras caught Rondo and Carlisle engaged in a bit of a shouting match on the sidelines. Rondo was replaced by point guard Devin Harris after the incident and remained benched for the final 20:10 of the contest, a come-from-behind 98-91 win for the Mavericks.

“It’s an emotional game and we had a difference of opinion,” Carlisle told reporters after the game. “There was an exchange, and then, in my mind, it was over.”

Mavericks owner Mark Cuban attempted to downplay the incident after the game as well.

McMahon reports that team sources indicated that Rondo was ignoring a play call by Carlisle and that tensions about play calling had been building for awhile between the two, before reaching a boiling point in Tuesday’s game.

On the surface, the incident appears to reflect the “stubborn” label that Celtics owner Wyc Grousbeck gave the point guard during a TV interview back in September.

Rondo did not speak with the media after the game, and Carlisle did not commit to starting the 29-year-old for the team’s next game Wednesday night against the Atlanta Hawks. 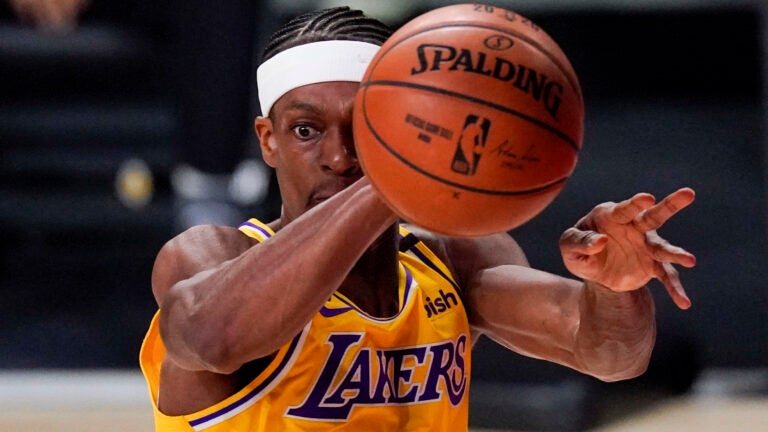 Rajon Rondo, a champ in Boston, on brink of getting a Lakers ring