Coach Brad Stevens was not happy about the Celtics first half performance on Friday, and he let his team know it in the locker room. Charles Krupa/AP

BOSTON – The closing seconds of the first half could not have gone much worse for the Celtics on Friday night. Boston could only muster 40 points of offense against the lowly Magic, and surrendered back-to-back baskets in the final two seconds of the half thanks to a Celtic turnover via an inbounds play during the sequence.

With both teams heading into the locker room, Boston trailed by 10 points. Behind closed doors, head coach Brad Stevens made sure his team knew just how displeased he was with the team’s first 24 minutes of action.

“I never heard Brad really curse, and he cursed us out pretty good,” Evan Turner said. “I don’t know who came in our locker room, but he came in and started screaming. I jumped and I heard that and knew we needed to get it under wraps.

“I knew he was pretty upset. I heard we have no food on the plane [for the flight to Indiana], so I’m pretty sure at halftime he called for no food. Hopefully we don’t have to get him that mad again.”

What exactly was Stevens so worked up about?

“We were messing up a little bit, we weren’t helping each other too much,” Turner continued. “Some of our plays were lackadaisical. Coach thought we were playing too cool, especially versus a team that beat us. So he didn’t really like the demeanor and our expression and we really had to kick into another gear.”

Turner (game-high 30 points) and his teammates responded to Stevens’ challenge in the second half, by outscoring the Magic by a 55-38 margin after intermission on their way to a 95-88 win. The comeback victory left Stevens pleased after the game by how his team handled its inconsistent effort.

“I think this is one of the best wins we’ve had and the reason is we didn’t have it,” said Stevens. “We didn’t have it and we had to figure it out. We had to find a way and that’s not easy.”

As for the “no food on the plane” issue Turner said Stevens had threatened the team with? Celtics radio voice Sean Grande followed up on that myth after the game.

From the plane, Brad Stevens forcefully and vehemently denies Evan Turner’s allegation that there would be no food on the plane. #CaterGate

The Celtics will be fully nourished for their matchup against the Indiana Pacers on Saturday night. 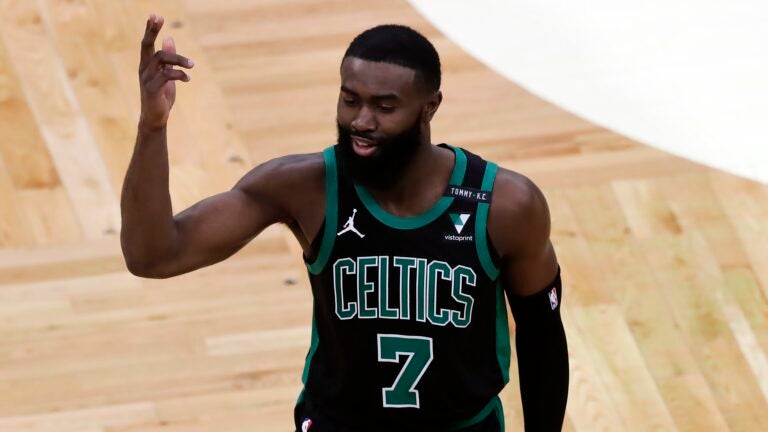