Evan Turner had zero triple-doubles in the first 359 games of his NBA career, dating back to February 23rd. On Monday night against the Nets, Turner posted his second triple-double in the 16 games since.

The swingman’s impressive line of 19 points, 12 assists and 10 rebounds, sparked the Celtics to a convincing 110-91 road win over the Brooklyn Nets at the Barclays Center on Monday. Turner became the fifth player in franchise history to post multiple triple-doubles in a Celtic uniform, joining the likes of Paul Pierce, Rajon Rondo, Antoine Walker, and Larry Bird.

Avery Bradley added a team-high 20 points for the visitors while Kelly Olynyk broke out of a shooting slump to score 18 points off the bench and pace an incredibly balanced scoring attack by the Celtics.

Six players scored in double figures for Boston as the team overcame a game-high 31 points by Brooklyn’s Brook Lopez. The Celtics trailed by as many as seven points in the first quarter, but found their offensive rhythm for the final three frames, outscoring the Nets by 24 points (87-63) over the game’s final 36 minutes. The C’s shot 53.6 percent from the field during that stretch with Brooklyn’s offense failing to keep pace thanks to some ugly outside shooting.

The win propelled the Celtics back into the eighth spot in the Eastern Conference playoff race. Boston now holds a half-game edge over the Charlotte Hornets for the spot and a 1.5 game lead over the Nets. The win also gave Boston a 3-1 edge in the season series over Brooklyn, which could prove pivotal if postseason tiebreakers come into play at the end of the regular season.

The Celtics face off with another postseason contender on Wednesday night when Dwyane Wade and the Miami Heat make their final trip of the season to the TD Garden. 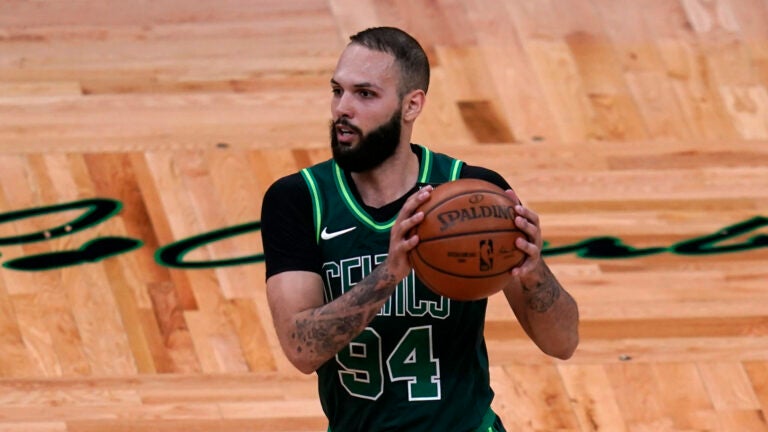