Celtics forward Jared Sullinger tipped the scales at 300 pounds earlier this season, part of a lifelong struggle controlling his weight according to a column from ESPN Boston’s Jackie MacMullan.

In the column, MacMullan relays Sullinger’s plight, which goes back to his childhood and has become a source of frustration for the Celtics. She details the third-year forward being sat down by the team after the diagnosis of a stress fracture in his left foot that ended his season last month, and shown video of him struggling to get up and down the court and “taking plays off to conserve his wind.”

“His lack of conditioning was unacceptable and if that didn’t change, [Celtics vice president of basketball operations Danny] Ainge warned him, his career with the Celtics could be over,” she writes.

Sullinger, who has missed 86 games over the course of his three-year career, came to training camp 20 pounds heavier than 260-265 pounds the team expected him at, and gained more weight as the season wore on.

MacMullan notes that Sullinger “looks slimmer” now and says he’s lost 10-15 pounds while rehabbing from the foot injury. For his part, Sullinger says all the right things about losing the weight and getting in better shape to MacMullan, who quotes him as stating, “I’ve got to get in the best shape possible. Not just for the Celtics, or basketball. I have to this for myself.” 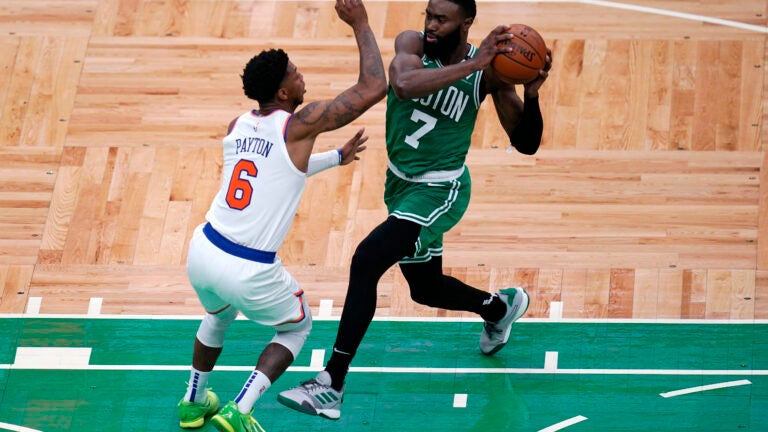